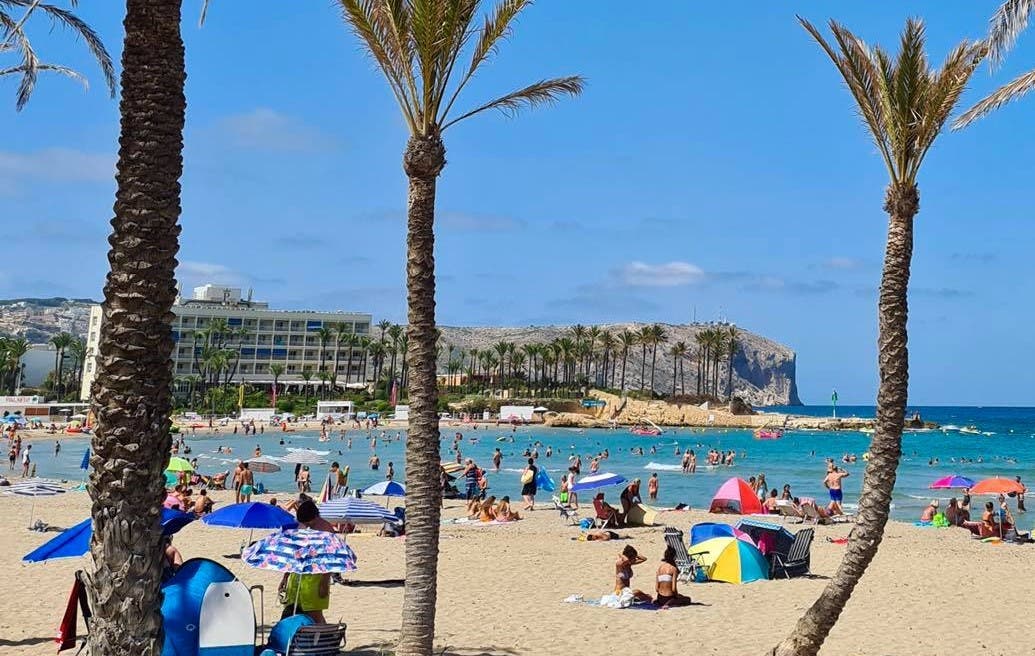 A swimmer assaulted a lifeguard who told him to get out of the sea at Javea on the northern Costa Blanca.

Red flags were posted at El Arenal beach on Sunday(August 8).

Despite that, a tiny handful of visitors flouted rules banning swimming due to dangerous conditions.

A Portuguese family jumped into the sea and were told to get to dry land.

A group member, a man in his late 40s, confronted a Cruz Roja lifeguard.

He got ‘into his face’ despite the lifeguard telling him to keep his distance and then struck his arm.

Javea’s Policia Local arrived, amidst applause from beach-goers, to fine the irate Portuguese tourist €750 for ignoring the red flag.

The lifeguard went to a medical centre and also reported the assault to the Guardia Civil.

A bunch of British tourists also refused to listen to lifeguard pleas not to swim.

The police tracked them down to an El Arenal promenade bar and fined them.