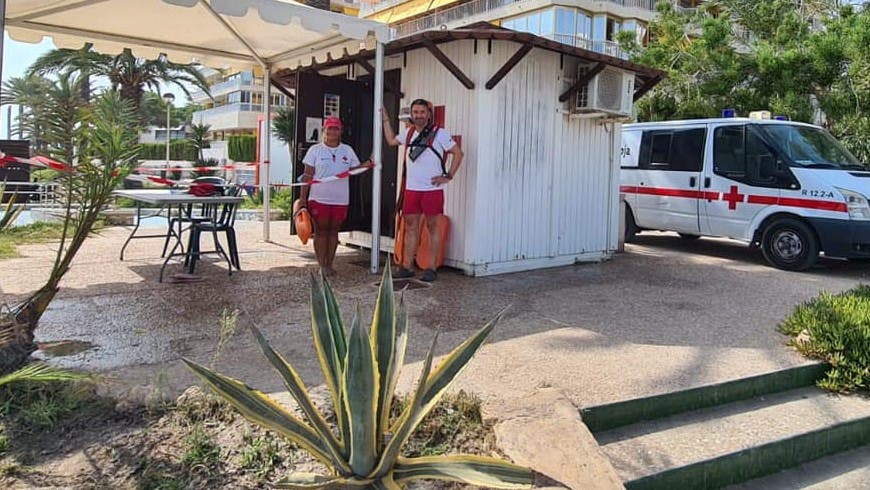 LIFEGUARDS saved a baby’s life after it almost choked to death on an ice cube.

The one-year-old girl was with her mother on the sand and was licking the ice cube to keep cool.

She somehow ingested the cube and it got stuck in her windpipe.

The baby’s pulse had stopped and the distressed parent frantically waved over the Cruz Roja lifeguards.

The two guards used the Heimlich manoeuvre on the youngster to get the cube out and to revive her.

An ambulance arrived at Calas del Este and took the baby and her mother to a health centre.

A doctor confirmed that the child was fine.

Her mother needed to be treated for shock.