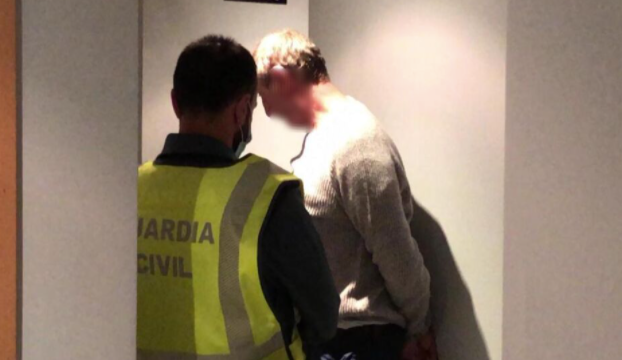 A MAN arrested on suspicion of murder after a child’s body was found during Halloween celebrations in Lardero had previous convictions.

Francisco Javier Almeida served 23 of the 25-year sentence for murder and sexual assault and was released in 2013.

Since his release, he has received 39 permits ‘without incident’ over the last eight years.

A murder probe was launched early on Friday morning (October 29) when a nine-year-old was found unconscious at the entrance of a building, still in his Halloween costume.

The youngster, named locally as Alex, did not appear to have any visible injuries but emergency services were unable to revive him and he was pronounced dead in the early hours of the morning.

A 54-year-old man was arrested on at around 12.30am on Friday and remains in police custody.

Police said they could not give further details about the cause of death ‘due to the ongoing nature of the investigation’.

His next of kin have been informed and are being supported by specially trained officers.