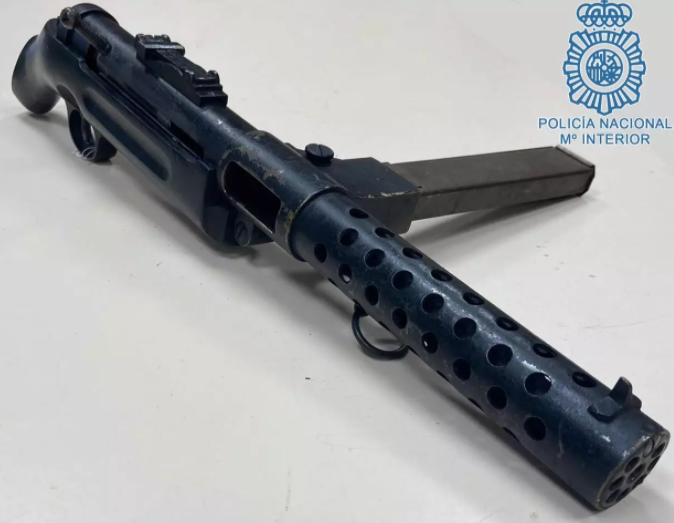 POLICE in Sevilla have arrested a 30-year-old man after finding a machine gun in his home along with a kilo of hashish and a large machete.

The man’s 43-year-old sister was also arrested following the raid on the home at Calle Las Golondrinas in Sevilla.

Police raced to the Los Pajaritos neighborhood following reports that the siblings had been overheard threatening to kill one another during a violent altercation in November last year.

A month later, in December, cops were granted a warrant to search the property in a bid to uncover the illegal weapons referenced during the fight.

They found a machine gun stashed under the sofa along with ten plastic wrappers each filled with 100 grams of hashish and a large machete.

The man, who has 23 previous arrests for different criminal acts, is currently in jail awaiting an appearance in court.