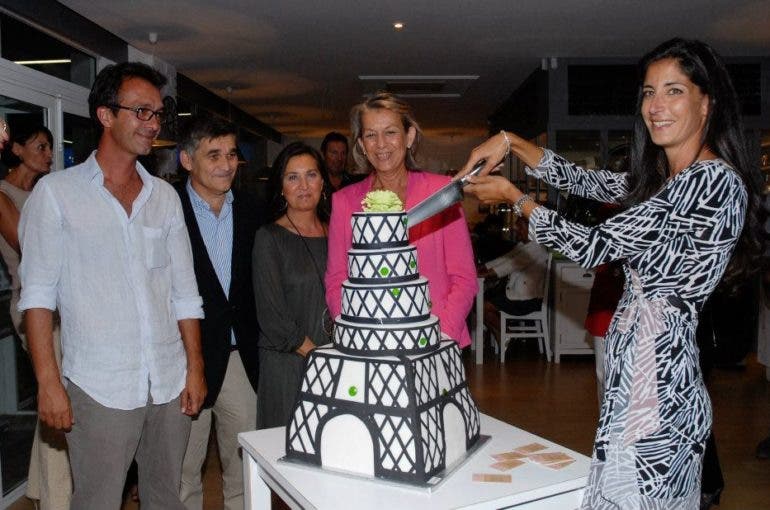 THEY are unlikely to go down in a hail of bullets during a police ambush, but a couple of local expats could certainly earn the moniker of Marbella’s Bonnie and Clyde.

For years it seemed like the duo, Omaya and Arnaud Bellavoine, were living the Spanish dream.

Married for over 20 years with three adorable children and a dog called Yoda, they apparently had it all.

Meanwhile the pair ran the La Parisienne restaurant in Puerto Banus alongside her husband.

Despite their success, the couple couldn’t stop chasing the dough – with devastating repercussions.

Arnaud, who was described as being ‘an unassuming and cool Frenchman’ by those that knew him, was in fact living a double life.

He was actually near the top of Interpol’s most wanted list and was later sentenced to five years in prison in France.

In a colourful and complex case, Arnaud was convicted of running a huge counterfeit drug ring that operated around the world.

The alarm was first raised in 2009, following a complaint from company Sanofi Aventis, which denounced international trafficking in counterfeit medicines.

The French laboratory and its American counterpart Eli Lilly became a civil party in the lawsuit and the defendants were finally ordered to pay €500,000 to Sanofi.

His counterfeit Vlavix, a Sanofi-Aventis product, was as ineffective as they were illegal and, worse, were destined for unsuspecting heart disease patients.

Nearly ten years later, Arnaud was jailed after pleading guilty to his part in the global conspiracy to sell fake medicines.

The Gallic businessman sold thousands of counterfeit tablets that were manufactured in China before being sold to customers around the world.

It included unsuspecting patients from the United Kingdom, Switzerland and the United States.

Arnaud’s crimes supported an opulent lifestyle: he owned a Marbella mansion worth almost €2million at the time of his arrest.

Now confiscated by Marseille Criminal Court, he has been banned from running a business for ten years.

Yet Arnaud wasn’t the only one with a taste for deception. His patisserie wife Omaya now stands accused of taking deposits from ‘dozens’ of wedding clients over the summer.

As reported last month, she continued to take deposits despite apparently vanishing from the coast and failing to reply to emails or phone calls.

She had long claimed that she was also duped by her husband, who she had lost contact with until tracking him down to a prison cell in France.

“She played the role of the victim very well, casting herself as a poor cake maker who managed to rebuild her life and care for her children.

“She got a lot of sympathy from locals who admired her for having built herself back up from nothing.

“But they were far from poor – the children being educated at prestigious international Aloha College and they lived in a luxury villa, near to the Marbella mayor.

“Meanwhile, she claimed she was penniless.”

The sweet life now appears to be over, with Omaya and her children apparently now living in the Caribbean, claim clients.

Her disappearance is rumoured to coincide with her husband’s release – with those who knew the couple well suspecting they have flown to restart their life in the French-speaking island of Guadeloupe.

“It is all such a coincidence and a lot of people in the wedding business here in Spain suspect they are back together,” said one.