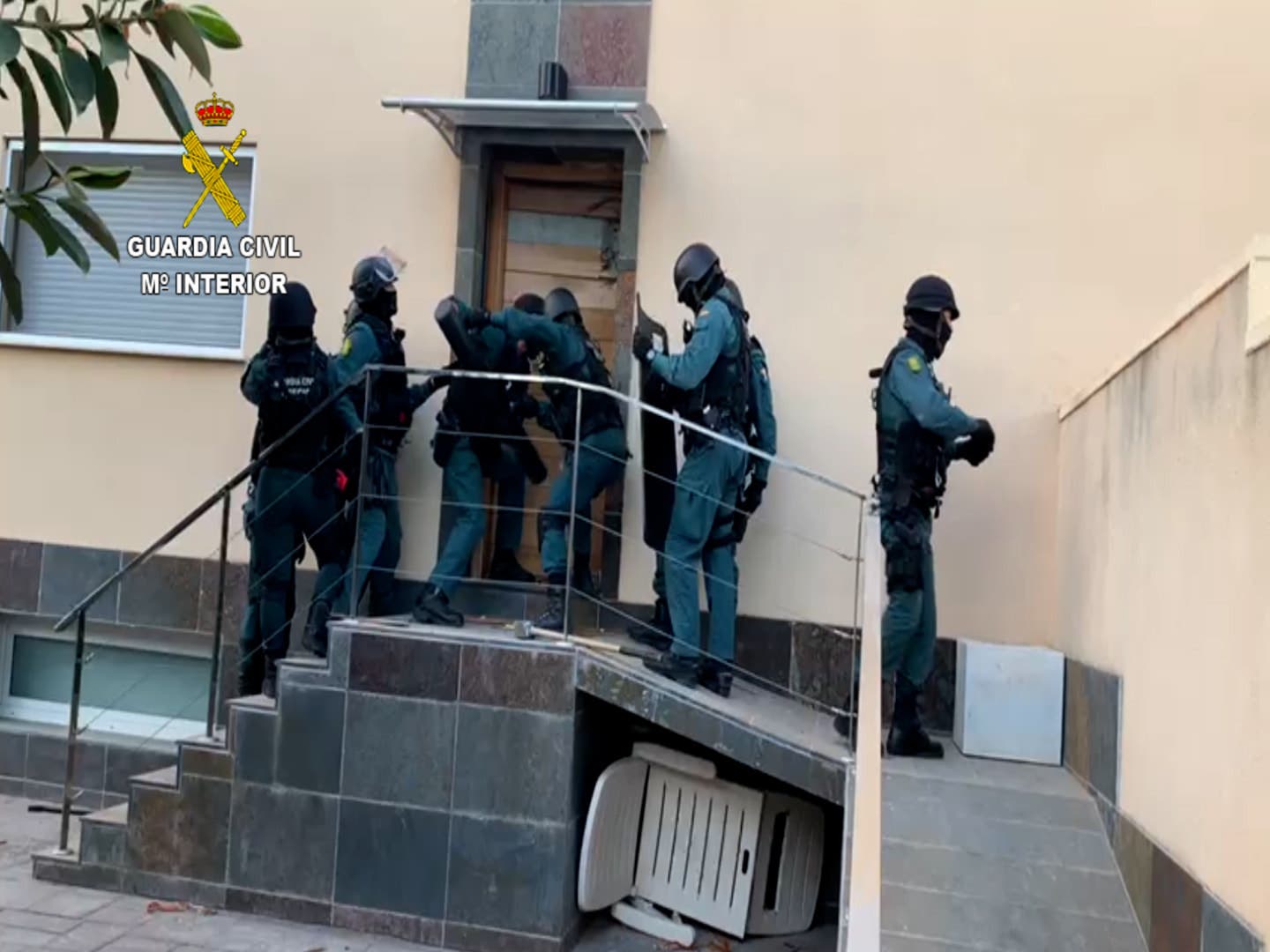 THE leader of a Costa Blanca-based marijuana gang has been arrested after a year-long probe to bring down his operation.

The crew invested over €100,000 to rent six properties that were converted into marijuana farms.

The money was also spent on sophisticated security systems including cameras and sensors.

The marijuana was exported to the UK and central European countries.

The multi-phased Guardia Civil probe started in August 2020 when officers found marijuana being grown at an Alfaz del Pi property.

They discovered that the rented home was just part of a local network.

A series of raids were staged this year at San Juan de Alicante, La Nucia, Mutxamel, and Alicante City.

11 Lithuanian nationals were arrested, with the final three detentions in late July.

That included the gang leader who was set to leave Spain from Barcelona airport.

The first arrest in January was of a man who went to the UK and drove back to Spain in a stolen car with false number plates.

The Guardia investigation was done in association with the UK National Crime agency and Europol in France and Lithuania.

Eight gang members were denied bail after appearing before a Benidorm judge.