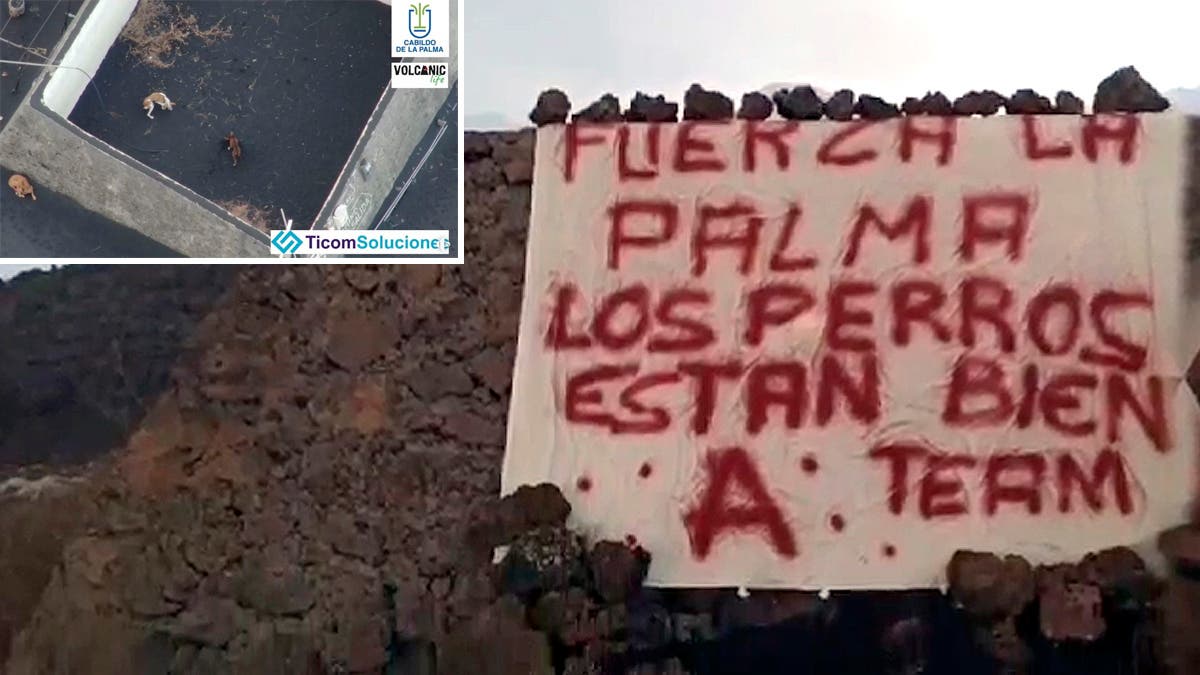 MYSTERY surrounds the fate of three dogs apparently trapped in an area surrounded by lava flow on the island of La Palma.

On Wednesday a specialist drone team who were poised to trap and lift the dogs out one by one by unmanned aircraft revealed they had failed to locate the dogs, a local breed of hunting dog known as a podenco.

Then on Thursday a giant note sprawled on a sheet and left at the site claimed the dogs had already been rescued by a group calling  themselves the “A Team”.

A video accompanied by the theme tune from the hit-80s show the A Team showed the empty site with the message that read:  “Be strong La Palma, the dogs are fine.”

Aerocámaras, the Galician drone firm that had travelled to the island to attempt the rescue, admitted that they didn’t know what happened to the animals.

“We couldn’t find them,” admitted Jaime Pereira, the CEO of Aerocámaras, on Thursday.

“Instead there is a video of the sign that was taken several days ago,” he said.

The company posted footage which seemed to show footprints in the ash with the message that there were traces of human activity in the area where the dogs had been.

But the area where the dogs had apparently been trapped was within an exclusion zone established by authorities on the island where entry was prohibited.

Despite pressure on social media to reveal the whereabouts of the dogs and the state of their health, neither the owners, nor the people responsible for removing them have yet come forward.

Mission impossible: Drone rescue operation given green light to attempt to save three dogs trapped by lava in La Palma