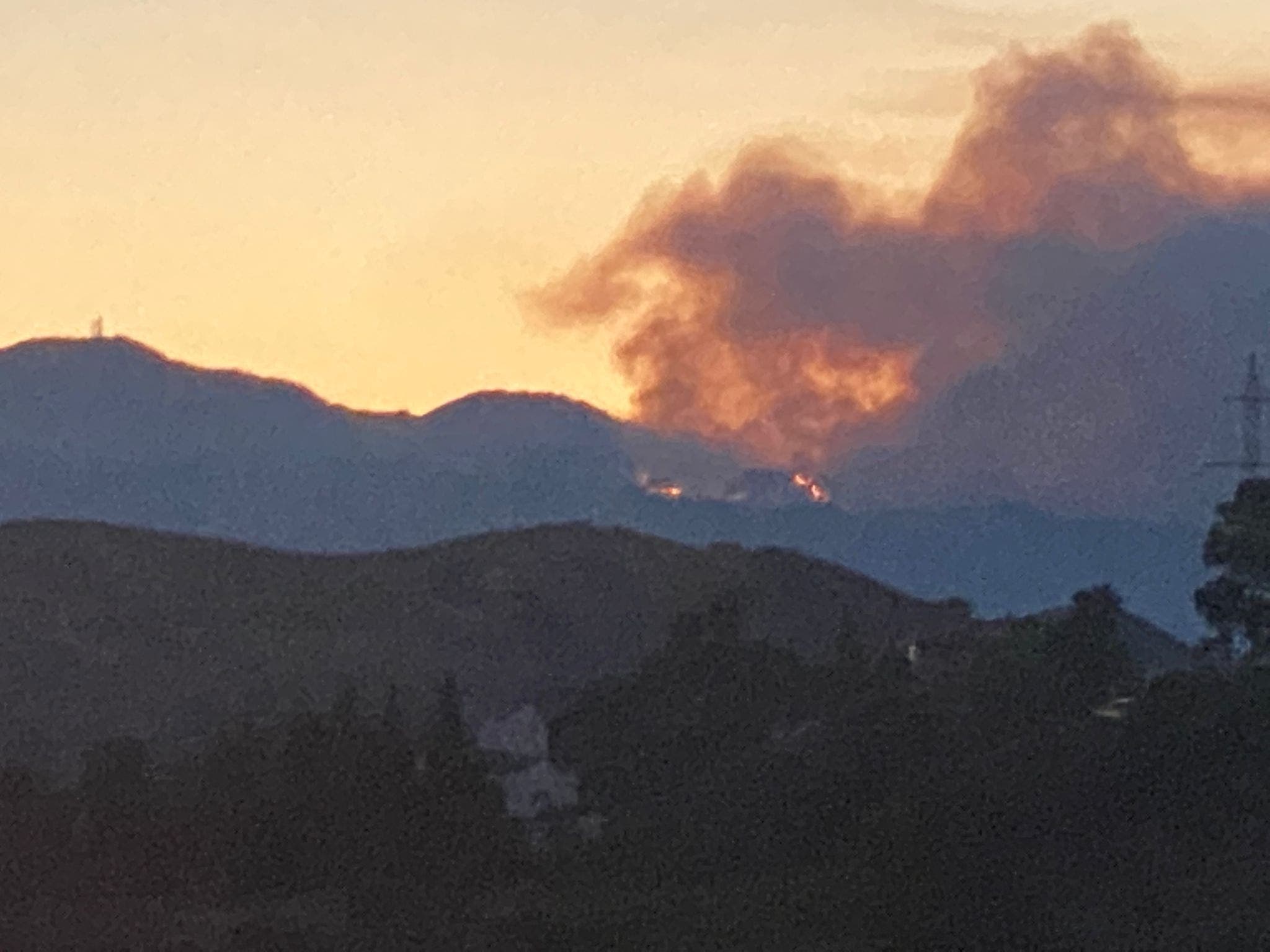 TEAMS of firefighters are getting prepared to battle the biggest blaze on the Costa del Sol for decades for a FOURTH consecutive night.
The appalling fire that began near Estepona on Wednesday looks set to drag on into Sunday at least, as record numbers of planes and firefighters came in.

Over 6000 hectares of virgin forest – including a few rare pinsapos, the world’s third oldest trees – have so far been destroyed.

A total of 41 aircraft, including planes and helicopters, battled alongside around 500 firefighters and other operatives in the worst fire for at least three decades.

While the wind dropped on Saturday making the work easier, a series of new fires broke out on the southern-facing slopes of the protected Sierra Bermeja natural park early in the morning.

A series of ash clouds – known as ‘pirocumulos’ – formed and dropped suddenly throughout the afternoon creating further problems for firemen and the villagers who had been trapped in their homes in the inland Genal Valley.

Villagers in Genalguacil and Jubrique were ordered to stay indoors today, as serious amounts of smoke descended on the valley.
Over 1000 people remain evacuated from their homes in Estepona, Benahavis and the Genal Valley, while hundreds of specialists continue to monitor the situation around the clock from the nerve centre set up at Estepona’s Palacio de Congresos.

A technician for INFOCA, Spain’s firefighting unit, told the Olive Press they are sure the fire was started by an arsonist on Wednesday evening around 9.30pm.

He said that three seats of fire had been set, equidistant apart, with the worst two either side of the peak of Sierra Bermeja, which is the same height as the UK’s highest mountain Ben Nevis.

“Both fires were set on each side of the peak just off the road and he must have known the strong Poniente winds were blowing and it would quickly take hold,” he revealed.

“It seems he may have been trying to burn Spain’s oldest – and the world’s third oldest – Pinsapo trees.
“It is a very evil thing to do and he will be a marked man.

As the sun set on Saturday night a line of fire was still visible in the hills, while the Genal Valley still appeared glowing in various places.
A 2012 fire in Marbella destroyed 8000 hectares, although it was put out more quickly and there were less firemen and aircraft involved.