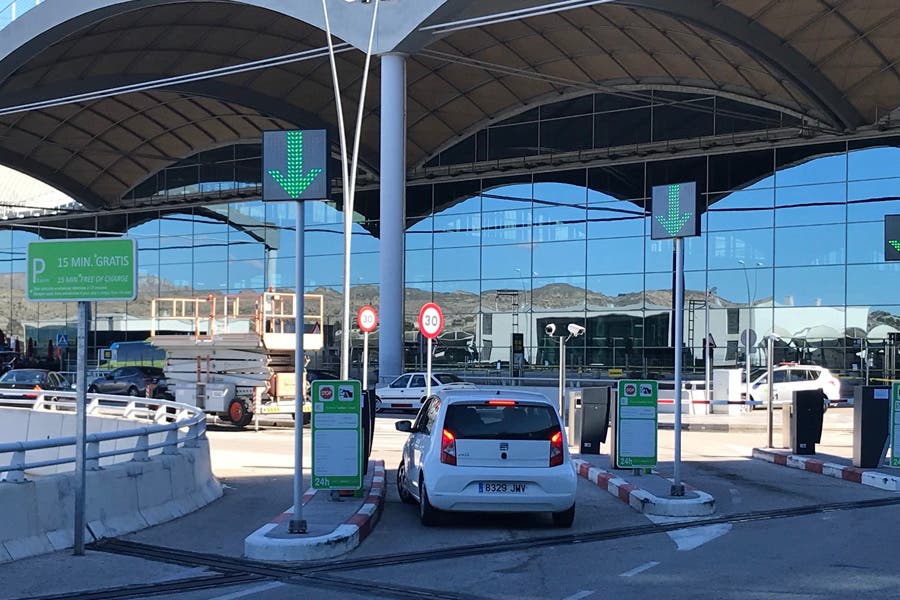 FOUR employees of an Alicante-Elche airport car parking company have been arrested for a scam involving at least 50 vehicles dodging charges.

Clients handed over their cars to the unnamed firm before flying abroad in the belief their vehicles would be driven to an off-site facility.

Their cars however were parked at the airport in a scam called ‘little train’ by the Policia Nacional.

The plan involved an initial ‘shuttle’ vehicle getting a car park barrier ticket that allowed it to stay for 15 minutes without payment in the ‘Express Parking’ section.

It was then followed by more cars that the employees had parked for long stays at the airport.

They then closely followed the ‘shuttle’ out while the exit barrier was still up.

The police grew suspicious of strange vehicle movements and began to catalogue the comings and goings via the car park’s security cameras.

After pain-staking analysis, they identified a series of ‘shuttle’ cars and they discovered all of the fee-dodging vehicles were owned by people who had booked with the same car parking firm.

The scam ran for several months and police conservatively estimate the airport was defrauded of at least €6,000 in fees.

More arrests are not being ruled out.

The criminal enterprise was minor compared to a €1 million parking scam exposed in April.

As previously reported by the Olive Press, a Belgian off-site car park owner fraudulently used the airport to park dozens of vehicles for no charge.