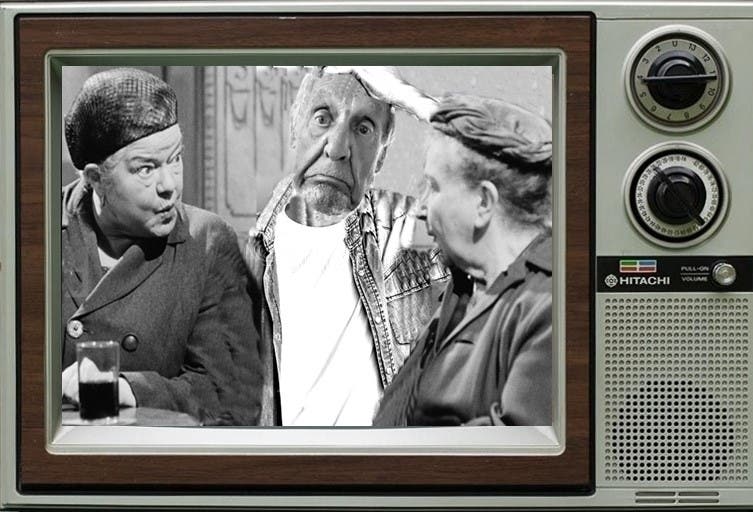 AFTER the first couple of years of spicy married life, we decided we needed something else to occupy some of our free time, so we rented a DER black and white television, at the bank-breaking monthly price of 25 shillings(€1.45).

Unfortunately, most of the time was spent jumping around the room trying to get the best reception via an indoor wire aerial.

Since those heady days, television has become an essential part of our lives, but no less problematic.

When we first moved to Spain, UK television was unobtainable.

We had to put up with visitors prattling on about Ena Sharples’ latest snug bar chat with Minnie Caldwell.

Goggle-Box torture, for we Soap -deprived, fun in the sun, Brits.

But restitution was restored when a few years later, Sky TV appeared on the scene.

Although illegal, providing you could supply your local dealer a UK address, the full Monty could be installed.

We fell for this, but fell-out again when Sky cyber spies discovered we lived in Spain and immediately cut off our supply.

Next magic formula on the expat scene: cable television, guaranteeing a plethora of stations on a yearly pay-in-advance contract.

Again, a totally illegal system and we spent more time staring at blank screens than programmes, especially during bad weather or police raids on suppliers.

Hot on cable heels was the resurgence of Sky TV, but this time with no UK address necessary.

Again, dicing with death, totally illegal and no guarantee of getting a full annual fee service.

But just as we were contemplating joining some far-flung Tibetan monastery, the cavalry finally came to the rescue.

Under the flag of ‘Digital TV,´ we were promised a multitude of programmes, direct to our screen via a computer.

Again, we fell for the sales pitch.

Since then, having suffered from endless ‘Bad Connection’ problems, we have spent mucho dinero on upgrading the computer memory, changing little black digi-boxes, and installing 5G fibre optics.

The end result – a depleting bank balance and little change from those good-old black and white DER days, except that at our time of life, we have nothing to do while waiting for the Rovers to return.