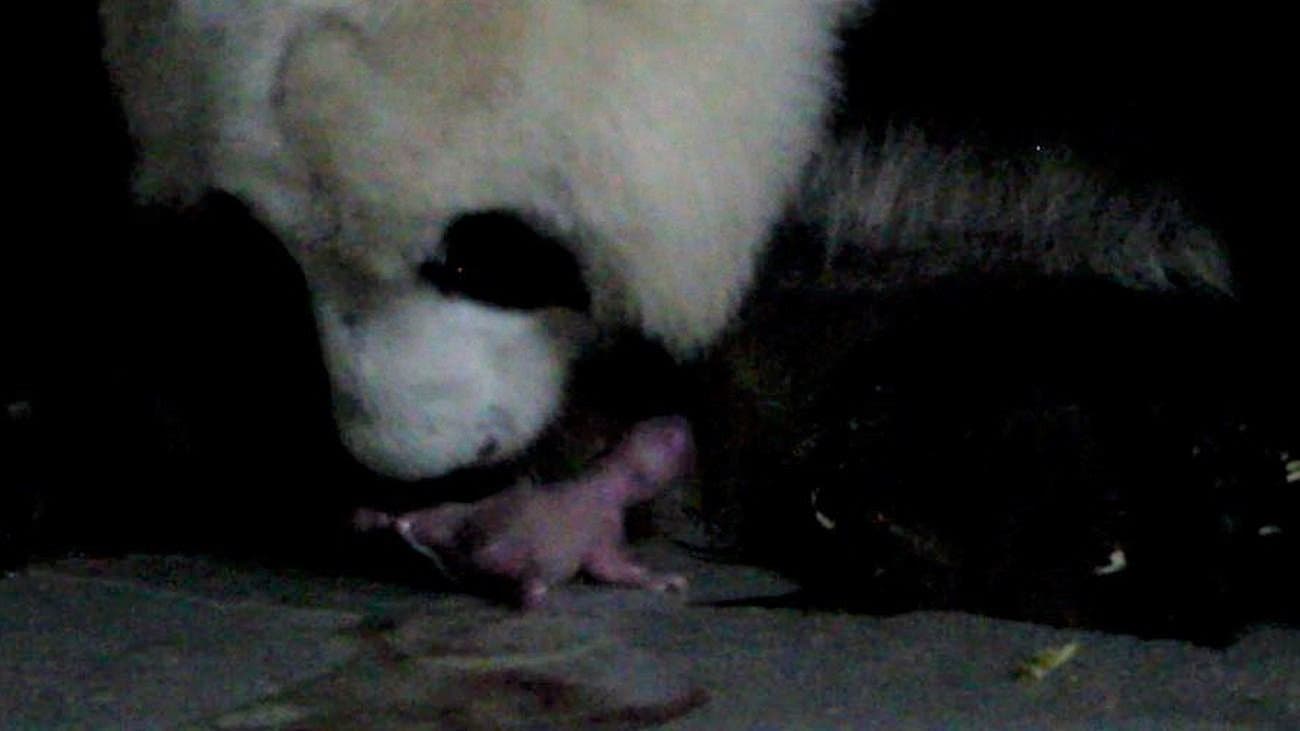 Huz Zui Ba gave birth to her first baby at 8.30 am and then at midday.

It’s her fifth and sixth cubs.

She will spend the next four months close to them until they are able to walk.

The sex of the youngsters, born with pink skin, will be confirmed by a first check up today by Madrid Zoo vets, joined by two experts from China’s Chengdu Panda Breeding Base.

The zoo said that as soon as she gave birth to her first cub, Huz Zui Bai put it on her lap and started to give a good lick.

The baby moved around ‘energetically’ and made ‘loud noises’ according to zoo staff.

The cub’s father is Bing Zing, who last year topped the charts in the ‘Giant Panda Global Awards’ for being the ‘most favourite panda’ outside of China.

The international captive breeding programme for the Giant Panda has seen it now declassified from an endangered species to the ‘vulnerable’ category.