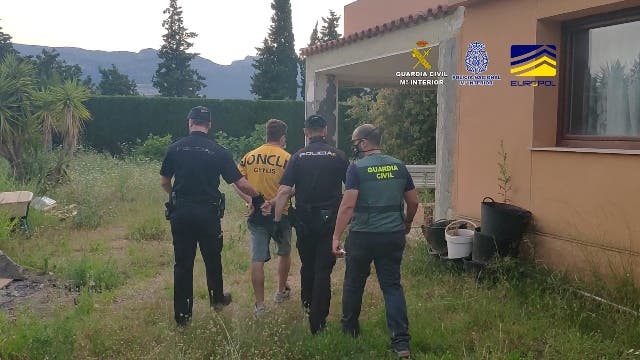 LUXURY villas, cars and boats worth €5 million were seized on the Costa Blanca in police raids against a Polish gang that grew and exported marijuana.

The criminal enterprise shipped out at least 1.2 tons of the drug to Poland between 2016 and 2021.

It was revealed that some of the gang members had strong links to football hooliganism in their native country.

Two villas in the Denia and Valencia Province areas were converted by the gang into indoor marijuana farms.

Police discovered over 1,400 plants and 25 kilos of marijuana products ready for distribution.

A Denia court co-ordinated the Guardia Civil and Policia Nacional operation assisted by the Polish police(CBSP) and EUROPOL.

Five Polish nationals have been arrested in Spain, with three of them set to return home on European Arrest Warrants.

The remaining two detainees will be prosecuted under Spanish law.

Four arrests were made at the Polish end of the operation in the city of Krakow.