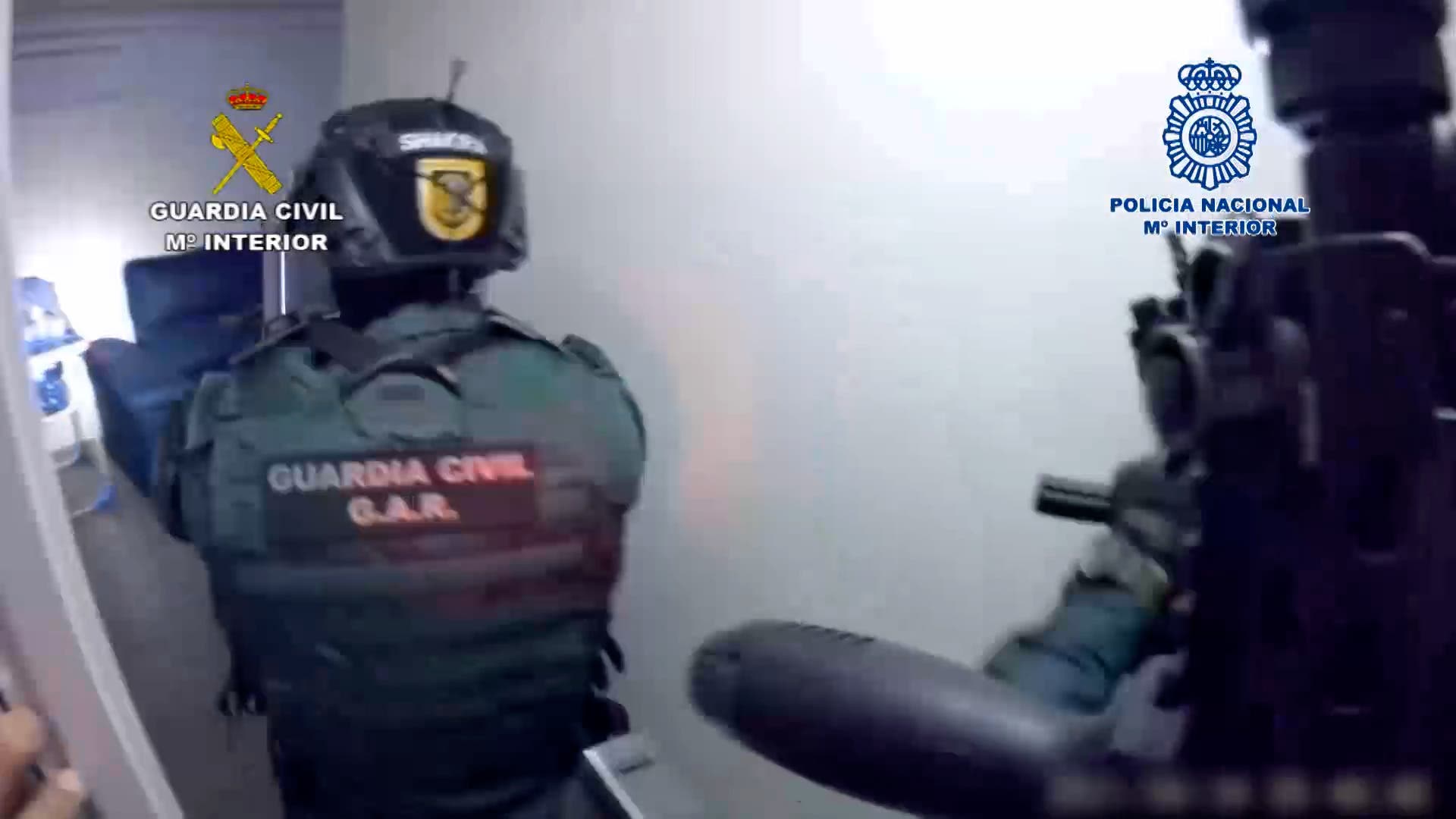 A TRAFFICKING network that has dominated the drug trade in the Campo de Gibraltar for more than a decade has broken up by police for the fourth time.

A joint investigation – Operation Blaki – between Policia Nacional and Guardia Civil forces resulted in the arrest of 77 people and the seizure of eight tonnes of hashish.

Police believe the network is still under the control of the crime boss Abdellah El Haj Sadek, aka ‘Messi del Hashish’, who has been on the run since escaping police custody in March 2019.

Investigators believe the gang is responsible for a majority of the trafficking across the Strait bringing in drugs from Morocco to Spain for distribution across Europe.

The gang uses a fleet of speedboats to cross the narrow strip of sea where groups of youths numbering between 50 and 100 are waiting to rapidly unload bales of drugs – usually around 30kg of hashish each before they load them into cars and speed off in different directions.

The group is blamed for the recent high demand in stolen vehicles seen across Spain but particularly the Costa del Sol and Catalunya.

A statement from the police said that the gang had its headquarters in the port city of Algerciras and that this was the fourth major strike against the gang with various lieutenants of the kingpin being rounded up, although the man himself remains at large.