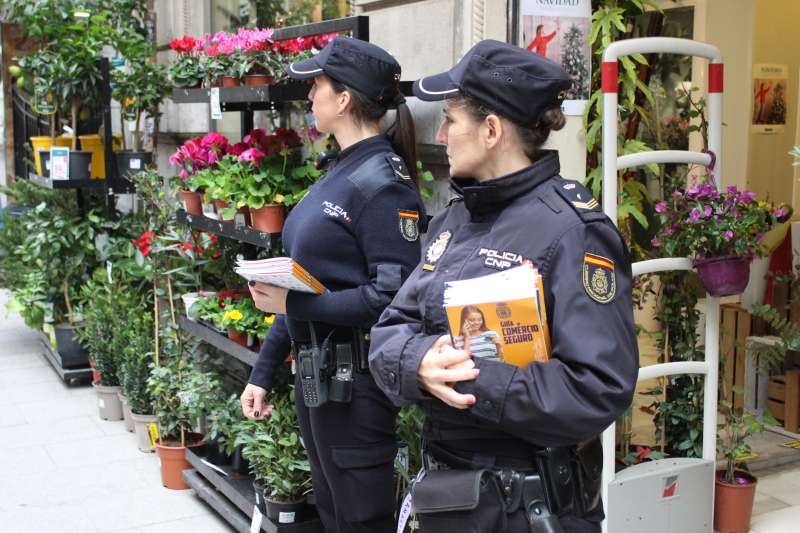 THE Policia Nacional has launched its annual Safe Trade Plan to cut crime in Alicante Province shopping areas over the busy Christmas and New Year period.

920 officers will be part of the initiative across the region- with over 350 allocated to Alicante City.

The aim is stop thefts from shops and customers and the campaign will run until January 8.

Popular tourism and leisure areas will also be covered by the plan.

A mixture of uniformed and plain-clothed officers will be patrolling to act as a deterrent against crime.

Before the deployment, business associations and citizens groups were contacted to publicise safety tips backed up by explanatory leaflets.

Advice has also been given on how to deal with any criminal situations if they arise.

The Policia Nacional has also issued a reminder about a free smartphone app called ‘Alertcops’ which can be used to report any crime either as a witness or victim.