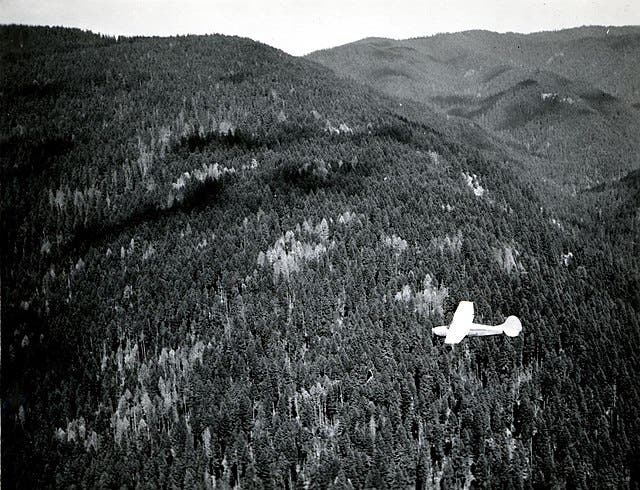 A PRIVATE Cessna plane from Jerez de la Frontera airport has reportedly crashed in the Baltic Sea near Ventspils, Latvia.

According to the flight tracking website flightradar, the aircraft left Jerez yesterday morning, Sunday September 4, and flew through Spain, France, Germany and into the Baltic Sea.

Cabin pressure problems were reported after take-off and contact with the plane was lost after it had cleared the Iberian peninsula.

At 5:37 pm the plane was listed on FlightRadar24 as losing speed and altitude.

Spanish and French fighter planes took off to check the situation in the private plane, but the pilots could not distinguish anyone in the cockpit, according to the German tabloid ‘Bild’ .

Once in Germany, a Eurofighter fighter plane took off from the Rostock air base to follow up the Cessna aircraft, but also failed to obtain information.

Later, a Danish F-16 fighter jet took over the escort and the pilots were able to see the aircraft turn and crash off Latvia at around 7.45 p.m.

The Swedish Coast Guard has sent rescue aircraft, boats and a helicopter to the crash site.

It is believed that the plane was being piloted by K.P. Grisemann, owner of the Quick Air aerotaxis and medical aircraft company, and that his wife, two children and their two dogs were all on board the private plane.

The family have a home in Zahara de los Atunes and it was routine for them to travel between Jerez Airport and Cologne Airport, where the Quick Air company is based.