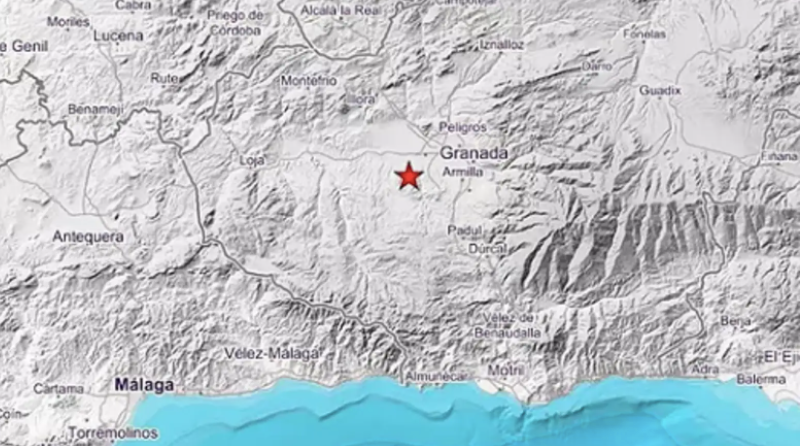 A MAGNITUDE 4.2 shock hit Granada late on Thursday night months after the city’s residents recovered from a series of major quakes in January, including three in one night that caused locals to flee from their homes.

The two latest quake, which arrived consecutively at around 11.25 pm local time, could be felt in different parts of the province.

This tremor caused no damage but was felt in different municipalities including Motrilon the Coast and Guadix in the north, where almost a hundred calls to 112 were made.

Witnesses said the temblor could be felt in Seville, Córdoba and Jaén, despite the city centre of Granada being the worst affected.

Lawyer Abel Castillo Gómez, who lives in the centre of the city, told the Olive Press: “It happened at around 11.25pm and lasted around four or five-seconds.

“It was really strong. It started just a little bit all of a sudden it became really powerful.

“I was not worried because at the beginning of the year we had so many earthquakes every single day. I’ve almost become used to it. My house is on the first floor so it feels safe.”

He added that while he and his flatmate were calm, their friend’s dog ‘was so, so worried’ and kept looking to the pair for reassurance.

But for Castillo Gómez, the real concern is what comes next.

He said: “Usually one earthquake means that there will be another.

“I am pretty sure there will be more but it is scary because we don’t know when. We don’t know if they will be small. But this one was huge. My flatmate said it was the biggest quake he had ever felt.”