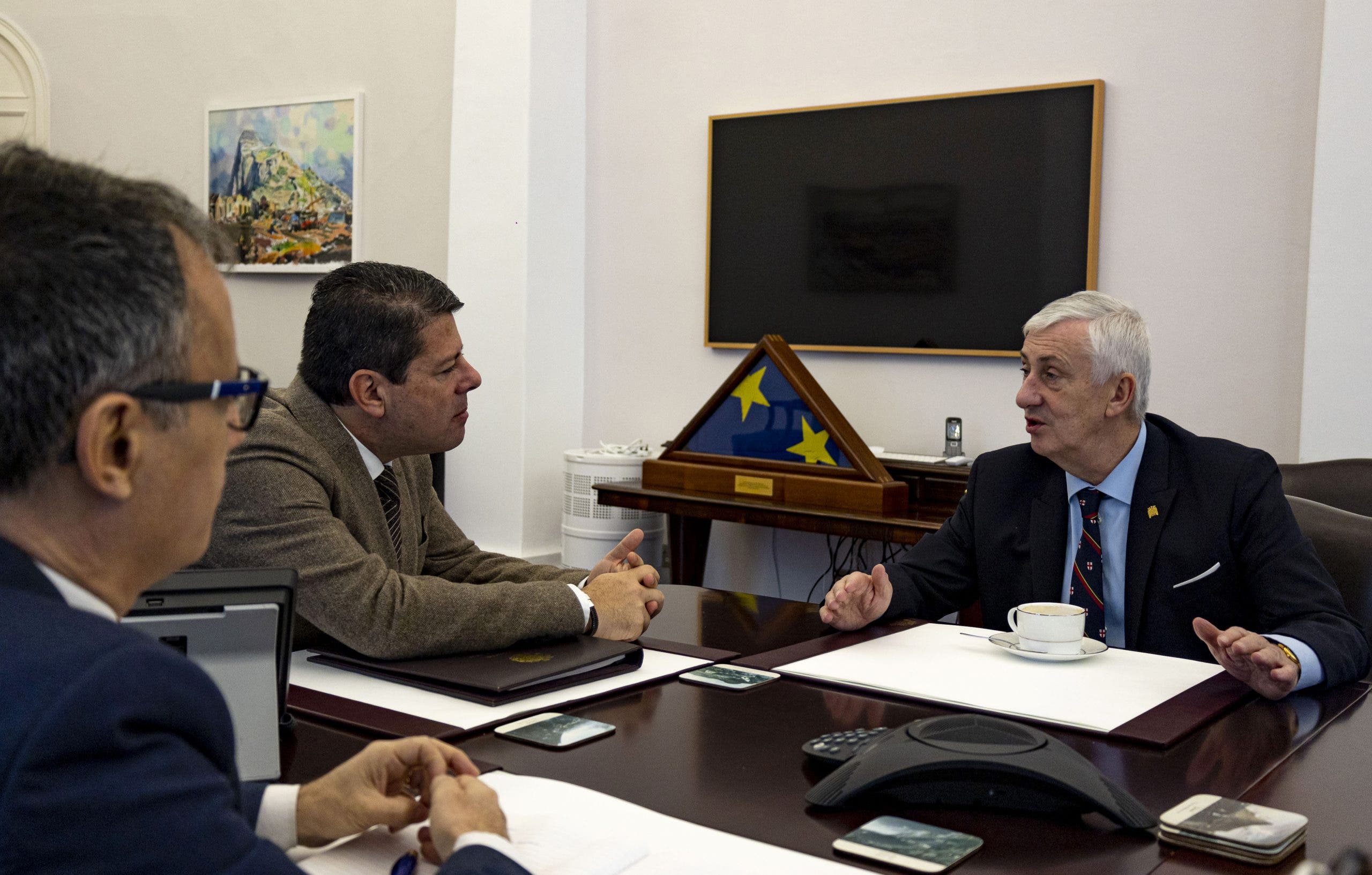 UK Speaker of the House of Commons Sir Lindsay Hoyle met with Gibraltar’s political leaders Friday on a flying visit to the Rock.

Hoyle was in the British territory as part of his role as Honorary Chancellor of the University of Gibraltar.

“It was a pleasure to welcome this great friend of Gibraltar back to the Rock in his important role as Vice Chancellor of the University of Gibraltar,” Picardo tweeted.

The Speaker of the House of Commons spoke of his connection with the Rock on his own Twitter account, retweeted by the Chief Minister.

“The relationship between the United Kingdom and the British territories overseas is important to me, and I’m glad to be here,” Hoyle said in the tweet.

He said in 2020 he was ‘honoured beyond belief’ to being appointed to the unpaid position of university chancellor.

“To become Chancellor of this magnificent university in a place I have an acute interest in is a privilege I will treasure for many years to come,” he said in statement.

Steel said on Twitter: “Delighted to welcome the Chancellor of the University of Gibraltar, Sir Lindsay Hoyle back to the Convent. A great friend of Gibraltar.”

Hoyle fought for Gibraltarian interests until becoming Speaker of the House in 2019.

He previously condemned former UK Prime Minister Tony Blair for ‘trying to give Gibraltar away’ in 2002 with his joint sovereignty deal.