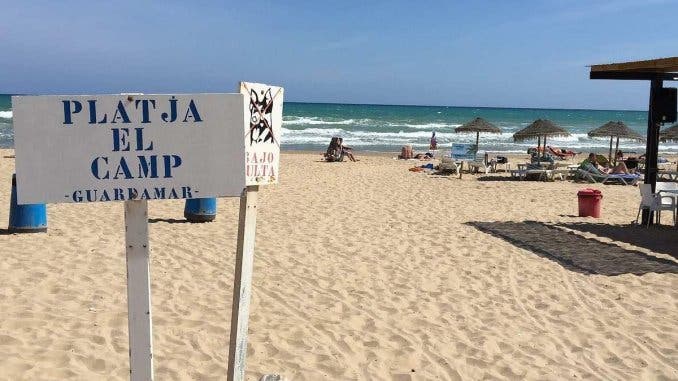 A couple drowned yesterday(August 3) at a Guardamar de Segura beach on the southern Costa Blanca.

Playa de la Camp has no lifeguard or surveillance service.

The tragedy unfolded at around 2.50 pm when a 72-year-old Scandinavian man got into difficulty in a strong sea current.

His wife, reportedly in her 60s, went in to help him but lost her life as well.

All of the area’s patrolled beaches at the time of the drownings had raised red flags prohibiting swimming.

The unconscious couple were pulled out of the water and medical staff tried unsuccessfully to revive them.

On Monday, Guardamar was unveiled as one of four Costa Blanca areas where drones would be used to patrol beaches for the rest of the summer.

One of the drone functions will be to deliver rescue buoys to any bathers in distress.