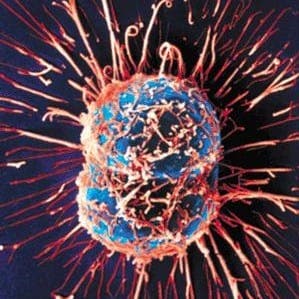 Researchers at the Institute of Cancer Research (ICR), London combined nivolumab and ipilimumab medications to trick patients’ immune systems into killing their own cancer cells.

The experimental study was carried out on 1,000 dying head and neck cancer patients, but researchers say the cocktail of drugs led to a reduction in the size of tumours in terminally ill patients and in some saw cases the cancer vanished altogether.

The results from the phase 3 trial were early and not statistically significant but were still ‘clinically meaningful’, the ICR said, with some patients living months or years longer and suffering fewer side effects.