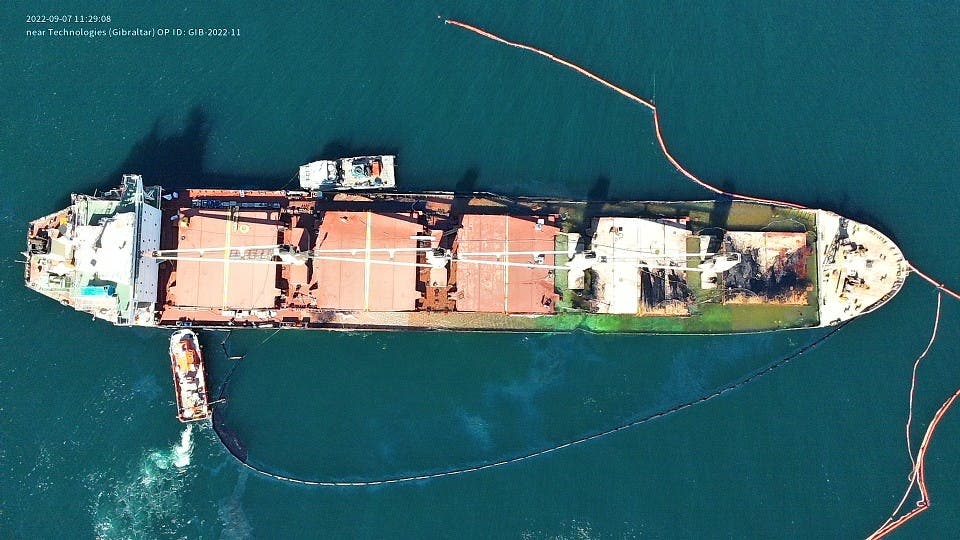 WRECK removal contractor Koole is taking over from caretakers Resolve in looking after the bulk carrier shipwreck 700 metres from the Gibraltar coastline.

Captain of the Port John Ghio approved the transfer of control to the Koole company that will take over the breakup of the remains of the ship and remove it from the seabed in front of Catalan Bay.

Koole tugs and their barges will arrive in Gibraltar by the first week of January to start the process, the port authority said.

In the meantime, workers will replace the current boom around the shipwreck with a new one on December 24.

Dive teams are already clearing out any further oil trapped in the hull.

This will help keep any further pollution to a minimum during the break-up of the ship.

A second tug called Koole 31 with Barge K10030 is stuck in the Netherlands after bad weather in the north of Europe.

With weather improving, they hope to leave the Dutch port on Christmas Eve so it can be here in January.

“I’d like to take this opportunity to acknowledge and thank Resolve for their excellent work and effort throughout the caretaking phase, which has been very successful and effective.” Ghio said.

“I’d also like to thank all those working throughout the holidays to continue to monitor the wreck, limit the impact of any pollution and prepare for the beginning of the next stage of removal operations in the New Year.”

The OS 35 beached on Gibraltar shores after a collision leaving the port in late August.