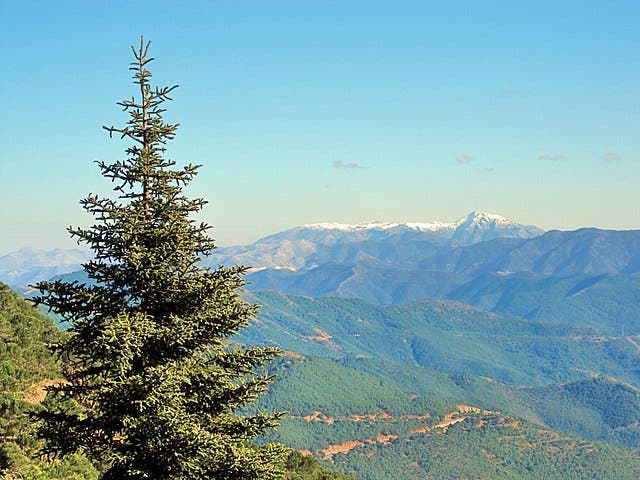 THE full extinction of the Sierra Bermeja forest fire, declared on 8 September and controlled since September 14, has been announced.

The fire, which raged out-of-control for six days, destroyed almost 10,000 hectares of forest land and claimed the life of Carlos Martínez Haro, a 44-year-old forest firefighter from Almeria, has finally been confirmed by Infoca as ‘completely extinguished’, 45 days after it broke out.

The announcement was made by Junta Chief, Juanma Moreno, who took the opportunity to thank the work of all the firefighters who battled the deadly and devastating wildfire for several weeks.

“The prevention department (Infoca Plan) has just extinguished the Jubrique forest fire. It has been a month and a half of very hard work,” Moreno said.

“Thanks to all of you who have left your soul to achieve it and my memory of the deceased forest firefighter,” the Andalucian president added.

The fight against the fire required the work of 5,530 professionals and 229 aerial resources until it was brought under control on September 14.

The blaze destroyed more than 8,400 hectares of land of which 7,664 were forest areas in seven municipalities in the province: Estepona, Jubrique, Juzcar, Farajan, Benahavis, Genalguacil and Casares.

The Ministry of Agriculture, Livestock, Fisheries and Sustainable Development has already announced its plan to invest €4.6 million in emergency actions, with a primary focus on reducing the hydrological risks due to the loss of vegetation cover, repairing the deterioration of infrastructures (roads) and cleaning up accesses and avoiding accidents caused by the fall of burnt trees.