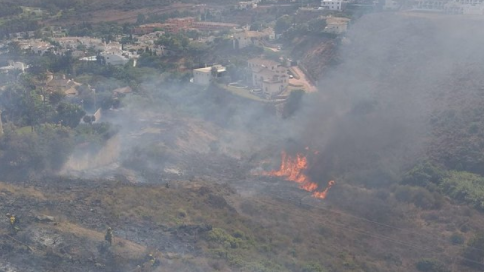 ON Tuesday evening a forest fire broke out in the hills in Spain’s Benahavis.

The flames broke out in the affluent area, close to Marbella, at around 5pm and were visible in the Costa del Sol resort below.

INFOCA confirmed the fire had been stabilized within 30 minutes with the help of 16 fire fighters and backed up with air support from a helicopter.

Forest fires are happening on a daily occurrence across Spain due to the high temperatures.

Exactly one month ago (August 8), there was a large fire in Manilva, which took 55 firefighters, three technicians, one AMM, one fire engine and four helicopters to put it out.

The fire was stabilised within two hours.