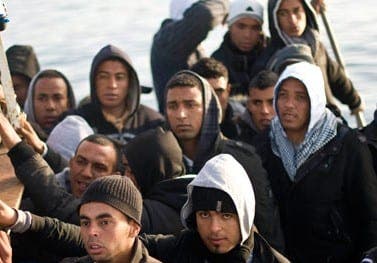 SOME 15,000 asylum seekers will be given a home in Spain thanks to a new change in the country’s immigration laws.

The Council of Ministers approved the reform of the Regulations of the Immigration Law on Tuesday, which means unaccompanied foreign minors and young immigrants will be granted residence and work permits once they reach 18.

Ministers hope this drastic move will prevent the youngsters from falling into poverty and legal trouble in Spain.

Isabel Rodriguez revealed at a press conference on Tuesday that the new regulations had been drawn up in conjunction with the autonomous communities to ensure ‘greater legal rigour’.

Thanks to the reform 15,000 immigrants will benefit from the change including 8,000 unaccompanied foreign minors and 7,000 youngsters between 18 and 23 years old.

Under the new rules, unaccompanied child migrants are to be entitled to documents after three months in Spain, instead of the current nine months.

Those who turn 18 or who did so in the past five years need to prove only that they receive €470 euros a month, possibly from a social security support program, in order to get a residence and work permit.

Previously, they had to show higher income to get and retain a residence permit, which didn’t grant them a work permit.

The change comes after Spain revealed it was struggling to cope with a large number of migrant arrivals from Africa in recent years.

In 2021 alone, just over 30,000 migrants arrived in Spain, 37% higher than in the same period last year, according to the United Nations.