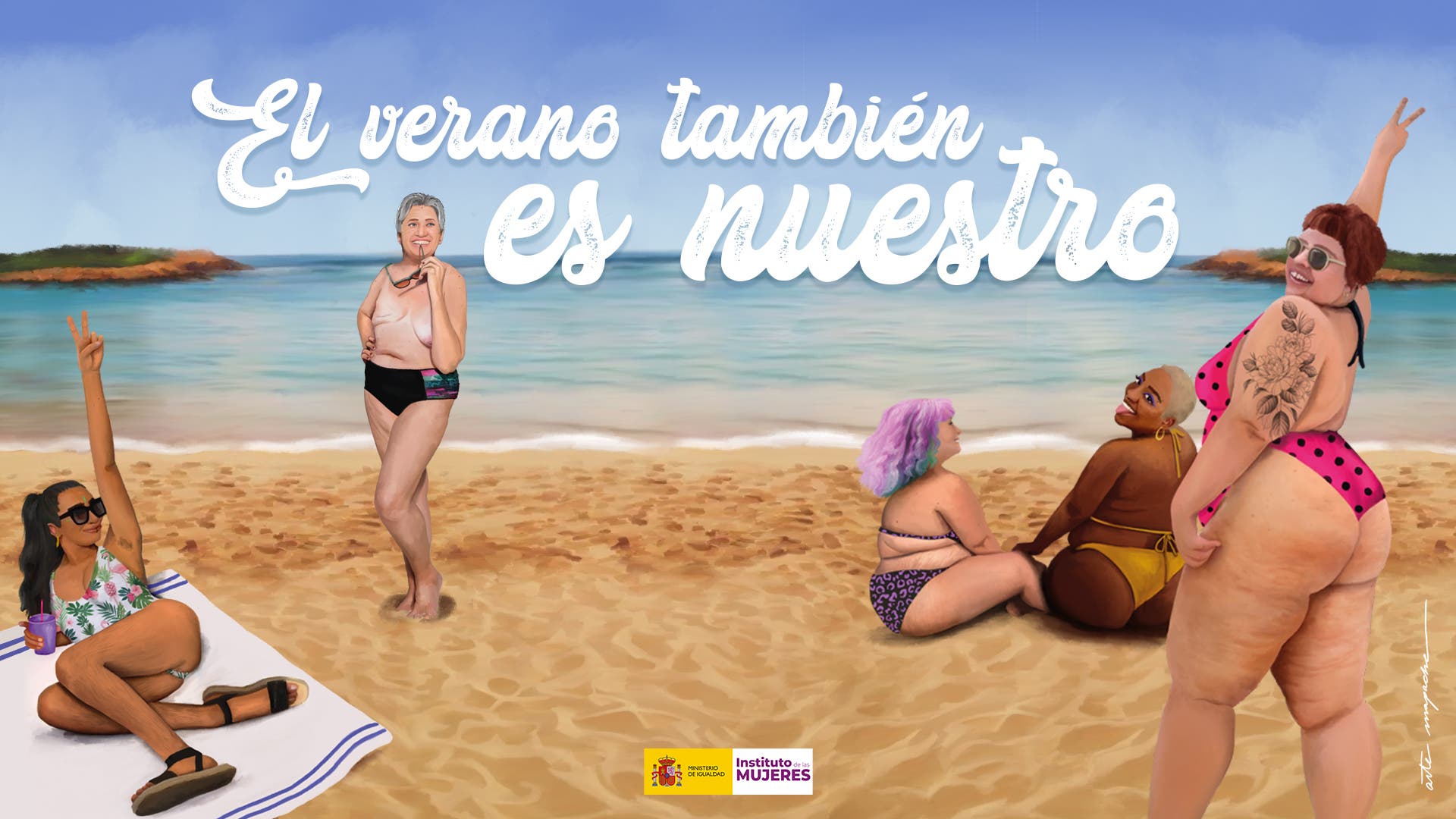 SPAIN’S government has launched a summer campaign encouraging women to head to the beach no matter what their bodies look like.

A slogan of ‘Summer is ours too’ appears on a poster above an image of five different looking women.

Among the group is a topless sunbather who has had a mastectomy.

Social Rights minister and Podemos leader, Ione Belarra, said: “All bodies are beach bodies, and we have the right to enjoy life as we are, without guilt or shame. Summer is for everyone.”

The organisation created the campaign and Morallias added that it was an attempt to show that ‘all bodies had validity’.

Some people have said the campaign should have been broader to include men without so-called standard bodies.

Others have not been impressed at all.

Cayo Lara, who headed the United Left party for eight years until 2016, said the initiative was trying to ‘create a problem where it doesn’t exist’.