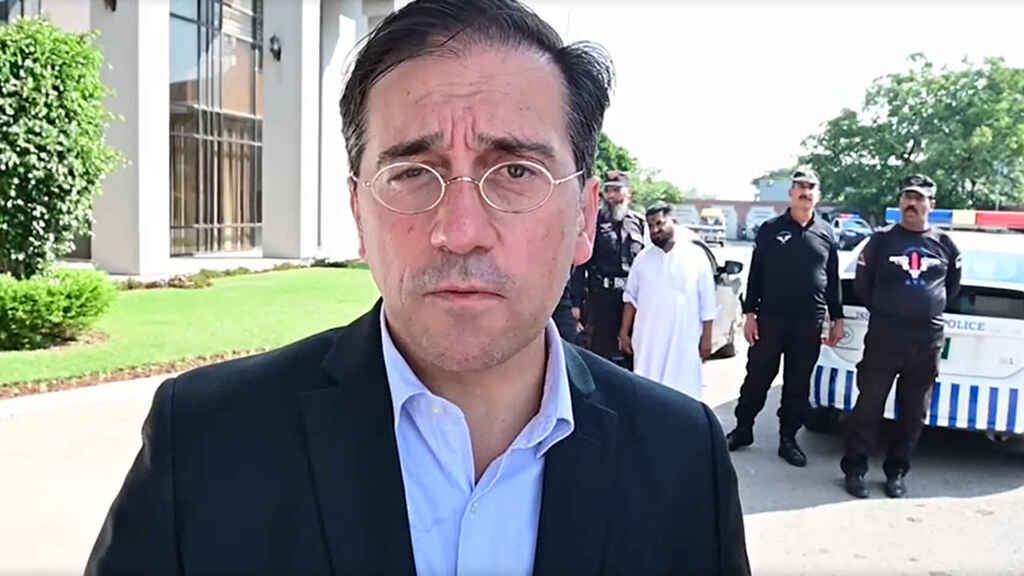 It’s the first-ever visit of a Spanish Foreign Minister to Pakistan.

Albares took to social media to post a video message from Pakistan saying that he wanted to open ‘new avenues of collaboration’ to get more Afghans out.

Spain evacuated 2,206 people from Afghanistan via Kabul Airport as the Taliban took over control following the US announcement that their forces were quitting the country.

Most of the evacuees were Afghan helpers along with Spanish nationals.

Spain sent out 20,000 troops to Afghanistan over two decades, with 102 of them being killed there.

Jose Manuel Albares said: “My presence in Pakistan is proof of our commitment to the Afghan people and I will try to find safe ways for those who helped us to leave with the aim of leaving nobody behind.”

Since the Taliban took charge of Afghanistan, Pakistani authorities have tightened up controls with a land border of over 2,600 kilometres.

They have been stopping refugees from coming in unless they have a visa.

The Foreign Minister added: “I want to assure Pakistan that any Afghan collaborators crossing the border will be quickly dealt with by the Spanish embassy in Islamabad and will not add to refugee pressure in Pakistan.”