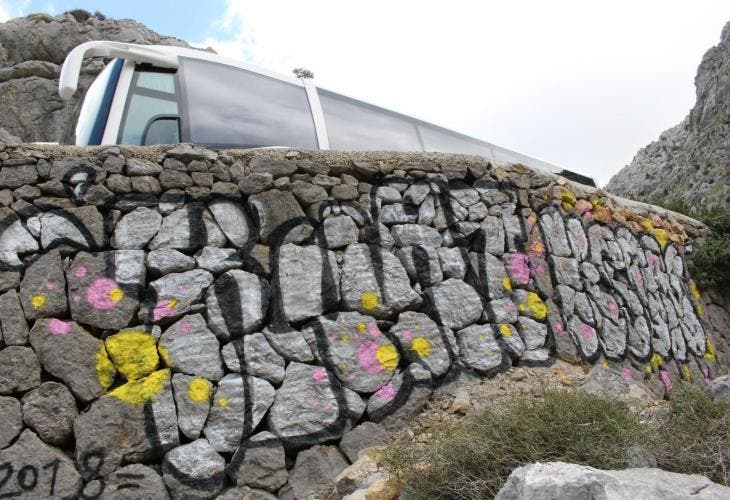 VANDALS daubing graffiti on protected elements of the Serra de Tramuntana could be fined up to €1 million under plans for a new law.

The stiff penalties feature in a draft bill presented by the Mallorca council on Wednesday to protect the area’s landscape.

Any graffiti on the facades of buildings, facilities, monuments, rocks or cliffs will see offenders fined between €6,001 and €150,000.

The fine catapults to potentially €1 million if historical heritage items are vandalised.

Anybody involved in painting graffiti will also have to pay for its restoration to its previous state.

The Serra de Tramuntana law also proposes fines on anybody ignoring access restrictions to some areas like Formentor in the summer.

People installing signs and objects that could damage olive groves and trees will also be in trouble.