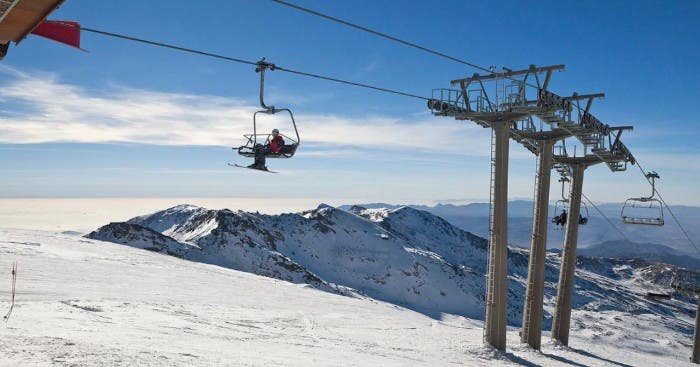 THE Sierra Nevada winter resort has closed the first weekend of the 2022/23 winter season with 2,830 users, of which 1,750 were skiers/snowboarders.

An additional 1,080 visitors used the cable cars to get to the ski slopes or enjoyed the attractions for non-skiers in Pradollano (Mirlo Blanco activity centre) or in Borreguiles.

Sierra Nevada kicked off the winter season this Saturday, December 3, with good snow conditions in five slopes in the beginner area of Borreguiles, with a skiable length of two kilometres.

In addition, the ski resort has also inaugurated this weekend the new Emile Allais chairlift, six-seater detachable, one of the great novelties of this campaign in Spain’s most southern ski resort located within the Sierra Nevada National Park.

The current snow covering the north facing slopes of Spain’s third highest mountain is in part, thanks to the acquisition of 105 new high-tech snow cannons.