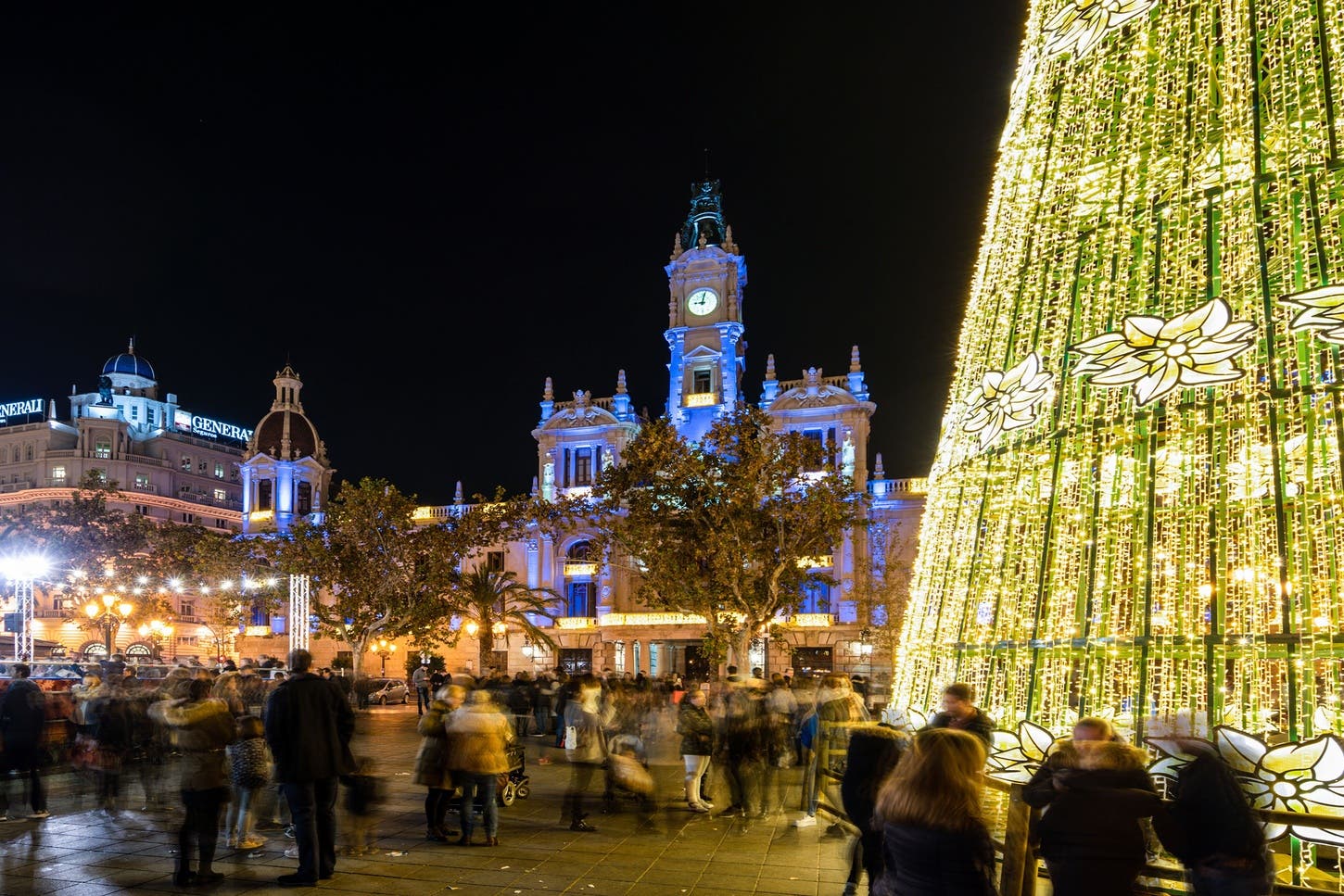 VALENCIA’S Christmas lights will be switched on this Friday(December 2) at 7.00 pm.

All of the lighting is 100% LED technology and will be illuminated from Monday to Thursday between 6.00 pm and midnight.

There will be a half-an-hour night-time bonus between Friday and Sunday as well as bank holidays like the two next week.

The main change will be in the city’s Placa de l’Ajuntament where last year’s large illuminated baubles have been replaced by a Christmas tree and a video display screened onto the wall of the town hall.

The images will be projected between December 21 and January 4, and will reflect on Valencia’s status as the World Capital of Design and its award of becoming the European Green Capital in 2024.

159 decorative arches have also been installed in 33 Valencia streets.