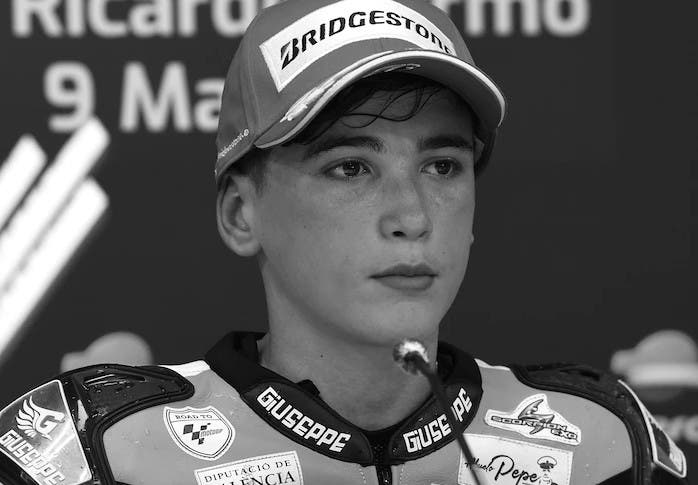 A 14-year-old motorcycle racer died during a junior championship race in northeastern Spain on Sunday after being hit by another rider.

Hugo Millán was involved in a collision at the MotorLand Aragon Circuit when he was run over after going down in the middle of the track on the second lap of the European Talent Cup.

Several riders were able to avoid Millan after he came off his bike on a turn and tried to move off the track, but he was then hit straight on by fellow racer Oleg Pawelec.

He lay motionless on the track and was treated for several minutes by medics where he lay before being transferred to the track’s hospital in an ambulance.

The boy, who was from Huelva in southern Spain, was later airlifted to hospital by helicopter but died from his injuries.

“Millán was enjoying his most successful season so far in the FIM CEV Repsol, claiming several podiums to demonstrate his consistency as he competed at the front of the class,” said the race organisers FIM CEV Repsol announcing the news.

“We are deeply saddened to report that Hugo Millán succumbed to his injuries after a crash in the HETC race,” organisers said.

Tributes to the young rider flooded in from across the Motorsports world.

Six-time MotoGP champion Marc Márquez was among the top riders who reacted to Millán’s death.

“My most sincere condolences to his family, friends and team.”