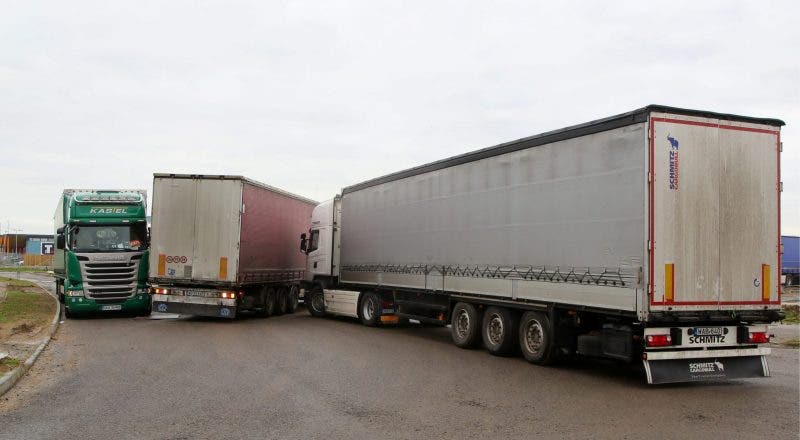 A PLANNED national freight transport strike for December 20 to 22 could involve over 5,000 workers in the province of Malaga who are responsible for around 9,100 light and heavy vehicles.

The strike, (originally thought to be cancelled) only affects the public transport fleet and not the private sector. It was announced last week by the National Road Transport Committee and is scheduled for December 20, 21 and 22. The strike involves a fleet of more than 9,100 light and heavy vehicles. The number of employees engaged in negotiations of the collective agreement for the province is slightly higher than 5,000.

The individual transport companies themselves will each decide over the next few weeks whether or not to second the strike as it has been called by the drivers independently.

The action has been called by workers due to the myriad of problems that have affected the sector in recent times. There has also been tremendous anger over the increase in fuel prices- a cost increase close to 35% over the last year. Transport bosses say they feel, in the words of the National Road Transport Committee, in a state of “abandonment” by the Government. Only a radical and urgent change on the part of the Government and clients could avoid this conflict.”

In order to call off the proposed strikes, the National Road Transport Committee drew attention to the pending lawsuits around a ‘protest package’ put forward in that was never resolved in February 2020, these are:

*The ‘Eurovignette’ (recently approved by the EU) is a system that calculates road tolls for heavy goods vehicles. The aim of the reform is to gradually replace the time-based road charge with other factors that better reflect the ecological footprint caused by the transport sector, such as distance or CO2 emissions.

Carriers say that the industry’s patience- coupled with the “absolute lack of sensitivity on the part of many of their customers in the current economic climate,” and reasonable negotiation channels ” have been exhausted.

“They take advantage of the dominance position granted by the current regulation of the contract for the transport of goods by road, which is even causing a huge problem of lack of professional drivers, given the degrading and inhuman treatment in the conditions in which they carry out their work ”, said the Spanish Confederation of Transport of Goods (CETM).

The transport companies reiterated the “serious economic situation” that self-employed and small and medium-sized companies (SMEs) are experiencing due to the increase in the price of diesel and are demanding that the Government immediately adopt measures to lower fuel charges.