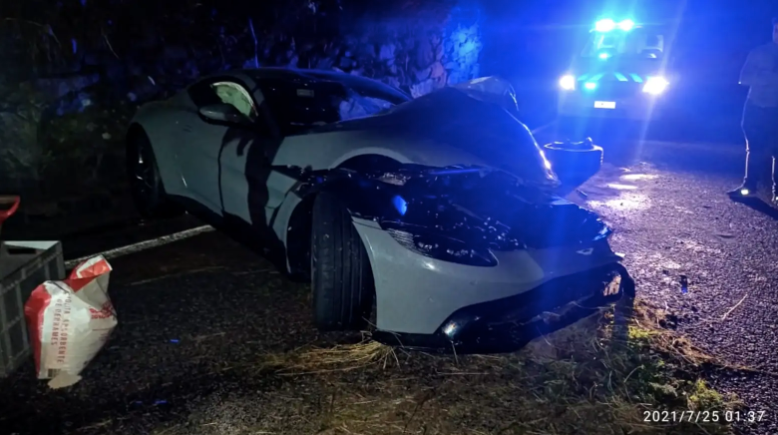 A SPANISH influencer wrecked his brand new Aston Martin just days after boasting about his purchase on social media.

The luxury car, valued at €180,000, was wrecked after Salva Verdugo drove it off the road.

The Youtube star, who has 5.6 million subscribers, shared a video of his new vehicle just 10 days before the crash.

In the original post on social media, he wrote: “They say that dreams come true … it is not just a car, it is the reflection of years of work. Thank you very much for having supported and accompanied me on this long, beautiful and complicated road. I present you my new Aston Martin Vantage.”

But his dream sound turned to disaster when he was out driving in the early hours of Sunday, July 25.

The dramatic crash happened on the Erts junction, in Andorra, when the star swerved to avoid an animal.

The car was ruined but Salva told fans he was grateful he and his girlfriend only suffered from minor injuries.

He said: “Imagine having a dream since you were little, working all your life to achieve it and when you have it, you throw it away.

“F*** the car, the important thing is that my girlfriend is fine, that I am alive, that I have been born again … and that’s it.”

The police at the scene of the accident carried out a breathalyzer test on Salva and he tested positive, with between 0.5 and 0.7 grams per liter of blood.

The authorities also confirmed that no other vehicle has been involved in the incident.