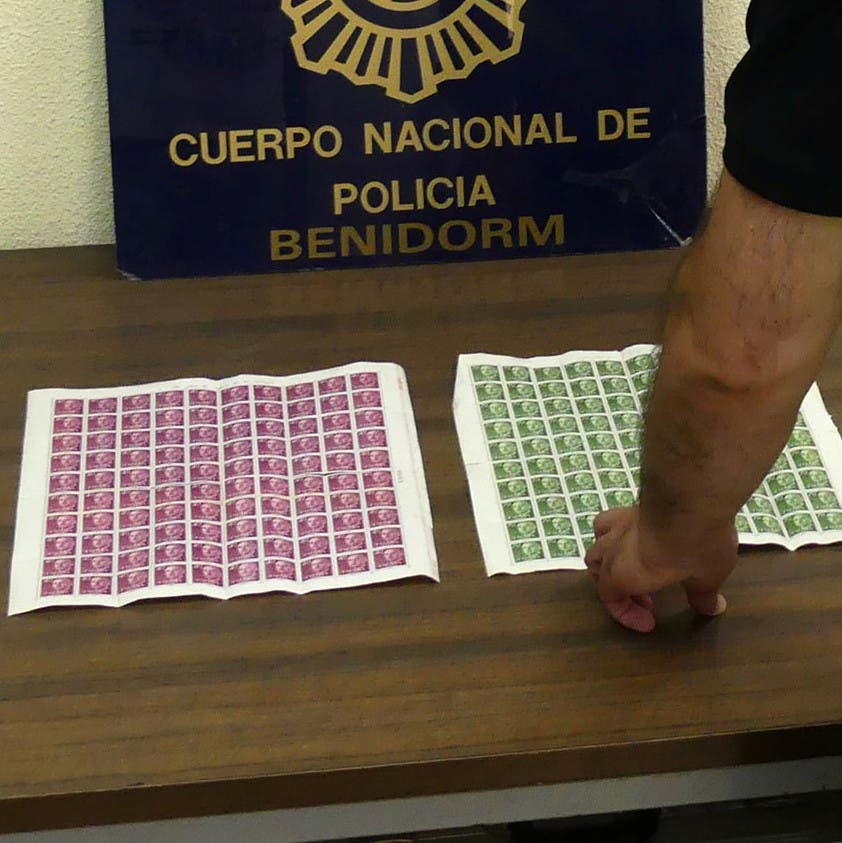 BENIDORM police have recovered a stolen set of stamps initially valued at €5,000, but which are now virtually worthless because they needed careful preservation.

Three people have been arrested over the robbery by the Policia Nacional.

They took the sheets of mint-condition Spanish stamps dating back to the 1950s from a house that were staying at.

The ‘definitive’ stamps featuring dictator General Franco were the standard design for most of his ruling era in Spain.

What made them special is that they were in their unbroken original sheets as delivered to a post office and as good as new since they were carefully preserved.

One of the trio sold off the sheets totalling 200 stamps to a third party to get some quick cash to pay off a debt.

The black market buyer was tracked down by the police, but the stamps had deteriorated badly as they were not properly stored.

The aggrieved stamp collector also discovered that one of his guests stole a bank card and used it to withdraw €500 from a Benidorm bank.