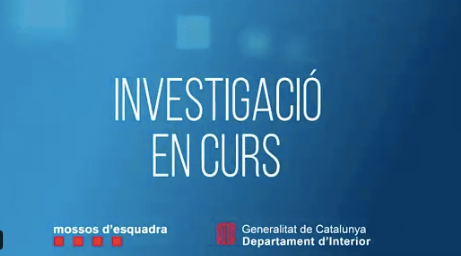 POLICE in Barcelona have launched an investigation after the bodies of a man and woman found near a burning car.

Emergency services were called to a car fire in Sant Vicenç de Castellet at around 3am on Thursday, police said.

A body of a man was found inside the vehicle which also contained a toddler who is now in the custody of health services.

A few meters from the car police officers later discovered the lifeless body of a woman.

Police are investigating to determine what has occurred.

Anyone with information that may assist detectives with their inquiries is urged to contact the Criminal Investigation Division (DIC) of the Central Police Region of the Mossos.