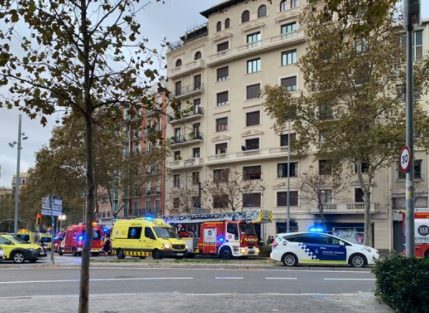 FOUR people are dead, including two children, after a horrifying fire at a property in Barcelona.

The fire started at the apartment in the Plaza de Tetuan at about 6am on Monday (November 29).

Eight fire crews battled the blaze and residents were evacuated to the Sant Pau and del Mar hospitals in the city.

Horrifying pictures have been shared on social media appearing to show smoke billowing out from the building, with the scene surrounded by firefighters, ambulance and police.

They have not been identified but reports claim they are likely from the same family.

Emergency services remain at the scene and an investigation into the source of the fire is ongoing.