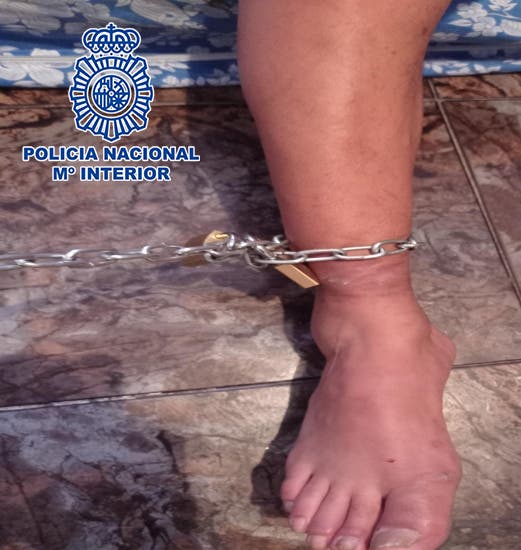 TWO underage boys have been arrested after accusations they tied up and threatened to kill their own father.

The National Police confirmed that they had detained the teens after a man was found chained to the wall of a bedroom in Torrejón de Ardoz.

The victim’s partner was also arrested.

Police in Madrid said the man had been held captive against his will for eight days and only managed to raise the alarm after calling out for help through the crack in the window.

Emergency services broke into the room and round the man chained to the wall with just one mattress on the floor.

He was then taken to Torrejón de Ardoz University Hospital for treatment.

The victim’s children acknowledged that their father was being held in an unsanitarty room, chained to the wall, arguing that he was suffering from mental disorders.

Madrid man on trial in Spain for murdering mother