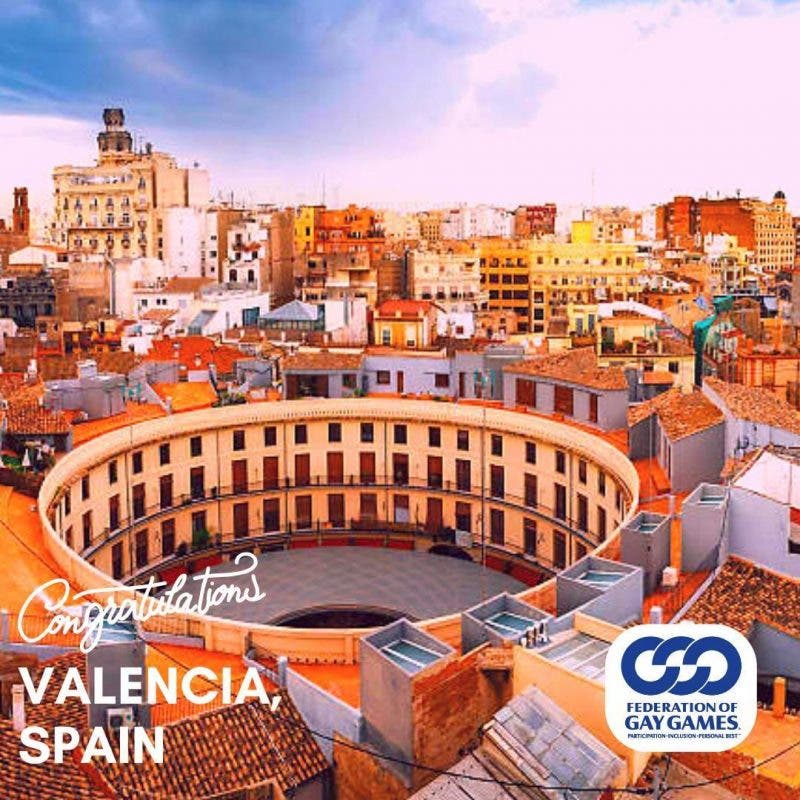 THE Federation of Gay Games (FGG) announced in Brighton England on Thursday, November 11 that Valencia in Spain has won the bid to host the 2026 Gay Games.

The event is the largest LGTBI + sporting event in the world. The Gay Games are a commitment to sport as a vehicle to show equality and social inclusion not only for the LGTBI + group but also for any person regardless of their sexual orientation, gender identity, beliefs and physical and/or intellectual capacities. The next edition of the games will be held in Hong Kong in 2022.

The judges were impressed by the Valencian bid, saying that it highlighted the “open, egalitarian, diverse and inclusive character” of the city. This they say led Valencia to prevailing over rivals Munich (Germany) and Guadalajara (Mexico) to host the twelfth series of the event. In August, the Councilor for Sports and acting mayor, Pilar Bernabé, stressed that if the event were held in the city it would have an economic impact of more than €130 million euros, stating that previous venues where it has been held, like Paris, Amsterdam or Toronto showed a major boost in tourism when the event was on.

Representatives of the candidacy –including officials from Valencia Bid City, Visit València, the Municipal Sports Foundation (FDM), Lambda, ADI and the LGTBI + Samarucs and Dracs sports clubs– showed their “joy and satisfaction” with the verdict of the FGG and expressed confidence that Valencia “is a city that is at the height of an international event such as the Gay Games.”

The games do not yet have a definite date but will likely be held between the months of May and June. The event will last a little over a week and will host competitions of more than 30 different types of sport including:

Autochthonous sports such as the Valencian pilot or the colpbol; water sports, such as sailing, rowing or kayaking polo; and martial arts. Also team sports such as basketball, beach volleyball, hockey, soccer, softball or rugby, fencing, tennis, golf or cycling– and novelty games such as e-sports or quidditch.

According to the sports council in Valencia, the event, which will also include various cultural activities and is forecast to attract over 15,000 athletes and 100,000 visitors. “The Gay Games would become the most important sporting event in the Valencian Community, after the America’s Cup”, said a spokesperson for the council.