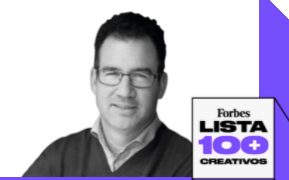 VALENCIA’s Iker Marcaide have been named among the 100 most influential Spaniards in the business world.

The founder of Flywire has been listed as one of 100 most creative Spaniards in business, in a ranking compiled by US magazine Forbes.

The highly coveted list,  which mirrors the long-established US version, lauded the men and women they believe showed ‘unstoppable entrepeneurship’.

Exactly 100 creatives from all over Spain are named, including Malaga-born actor Antonio Banderas, and Marcaide, who was born in Boston but settled in Valencia.

Forbes praised the Flywire creator, who is one of the most successful entrepreneurs in Spain, as a ‘true Spanish talent’.

Born into a Basque-Navarrese family,  Marcaide launched Flywire after he realised that there was a big problem to solve around sending money to pay university fees.

His startup, created in 2011, initially raised a whopping $323 million from early investors and international payments giant with a presence in 240 countries. Though still heavily involved, Marcaide took a few steps back from Flywire in 2014 to focus on venture builder Zubi Labs and co-create Imagine Montessori School and the eco Barrio La Pinada, both in Valencia.