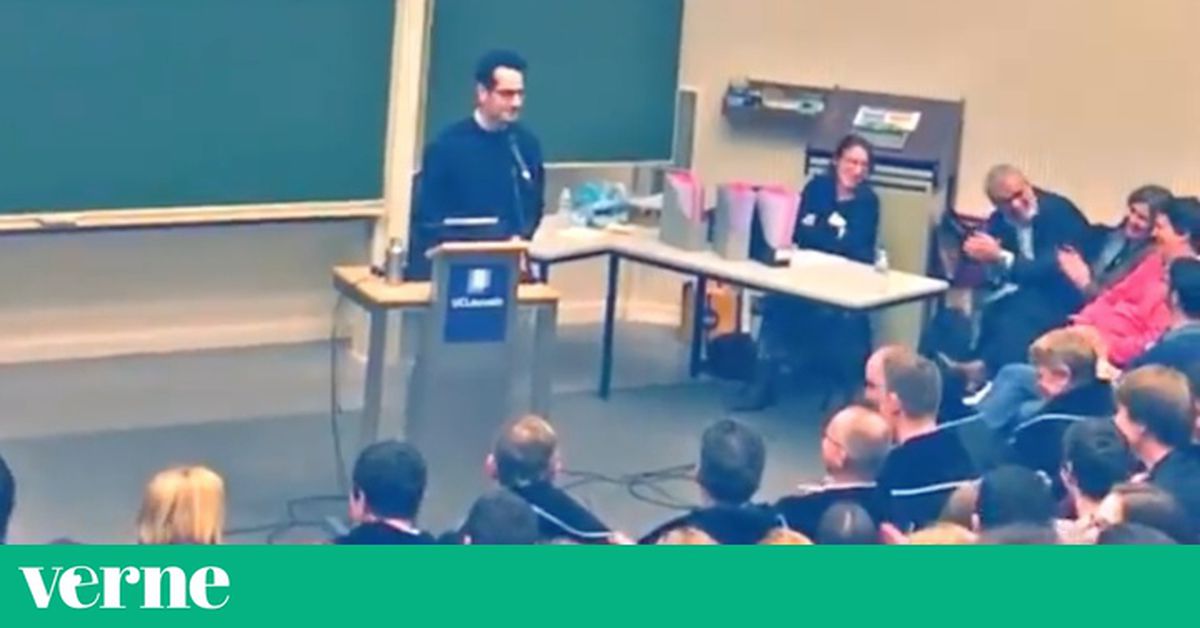 Pedro Correa’s life took a dramatic turn the day his father died. “He was 56 years old and I was 29,” he said to engineering students at Belgium’s Catholic University of Leuven during their graduation ceremony. “One day he was as strong as an oak, and the next day he was gone. We all know we are mortal, but it’s one thing to know that we are mortal and another to know we are going to die, and that it can happen from one day to the next.”

“That day my inner voice grabbed a megaphone and silenced all the other voices. I asked myself bluntly: ‘Now that you know you could die tomorrow, would you change something about the last day of your life?’ It’s impossible to live as you did before when you ask yourself this question at the end of each day.”

I asked myself: ‘Now that you know you could die tomorrow, would you change something about the last day of your life?’

The words of the 41-year-old, Madrid-born photographer have gone viral in Belgium and France. A video of his speech, which he delivered in French on November 28, has become a Facebook sensation in Europe’s French-speaking countries.

“I am amazed by the impact it has had,” says Correa in a telephone conversation with Verne. A video of his speech, shared on Facebook by the Notre Dame d’Arlon Institute, has been seen more than five million times since December 15. The same video, shared on Correa’s Facebook page, has received more than half a million views, and it has also appeared in the French media.

Correa was born in Madrid but has lived most of his life in France and Belgium, where he is currently a resident. He did not speak at the graduation ceremony because he was part of the faculty, but because he had completed his own doctorate at the Catholic University of Leuven back when he was an engineer. Correa, however, now works as a photographer and is a specialist in street photography.

“Some will try to lure you with contracts and expensive cars and they will tell you that this is the measure of success. I only have the measure of my own happiness when I wake up every morning to go to work,” says Correa in the viral video, in which he warns students to avoid jobs that do not make them happy.

“As long as we are on a path of authenticity, one that speaks to us, there will be no bad decisions […] My path began with a basic condition and that was listening to my own desires, listening to my inner voice. There’s nothing mystical about this inner voice, it’s just my voice. Your own voice. An authentic voice that is not accountable to anyone.”

Correa believes that it is “very difficult” to hear this voice because we “put other voices above it, the voice of parents, professors and advertising.” The photographer adds that “we all have within us a voice that knows better than anyone else what is good for us.”

Correa’s speech also praised young people: “When I look around me, I realize that we older people do not have anything to teach you. It is rather the other way round. When I see the values of consumerism, egotism, accumulation and competition, values upon which the past two generations have built the system which we are trying not to drown in today, and then I see the signs of solidarity, collective awareness and empathy – with respect to the environment – that shine in the eyes of today’s youth, it seems to me that we still have a lot to learn from you.”