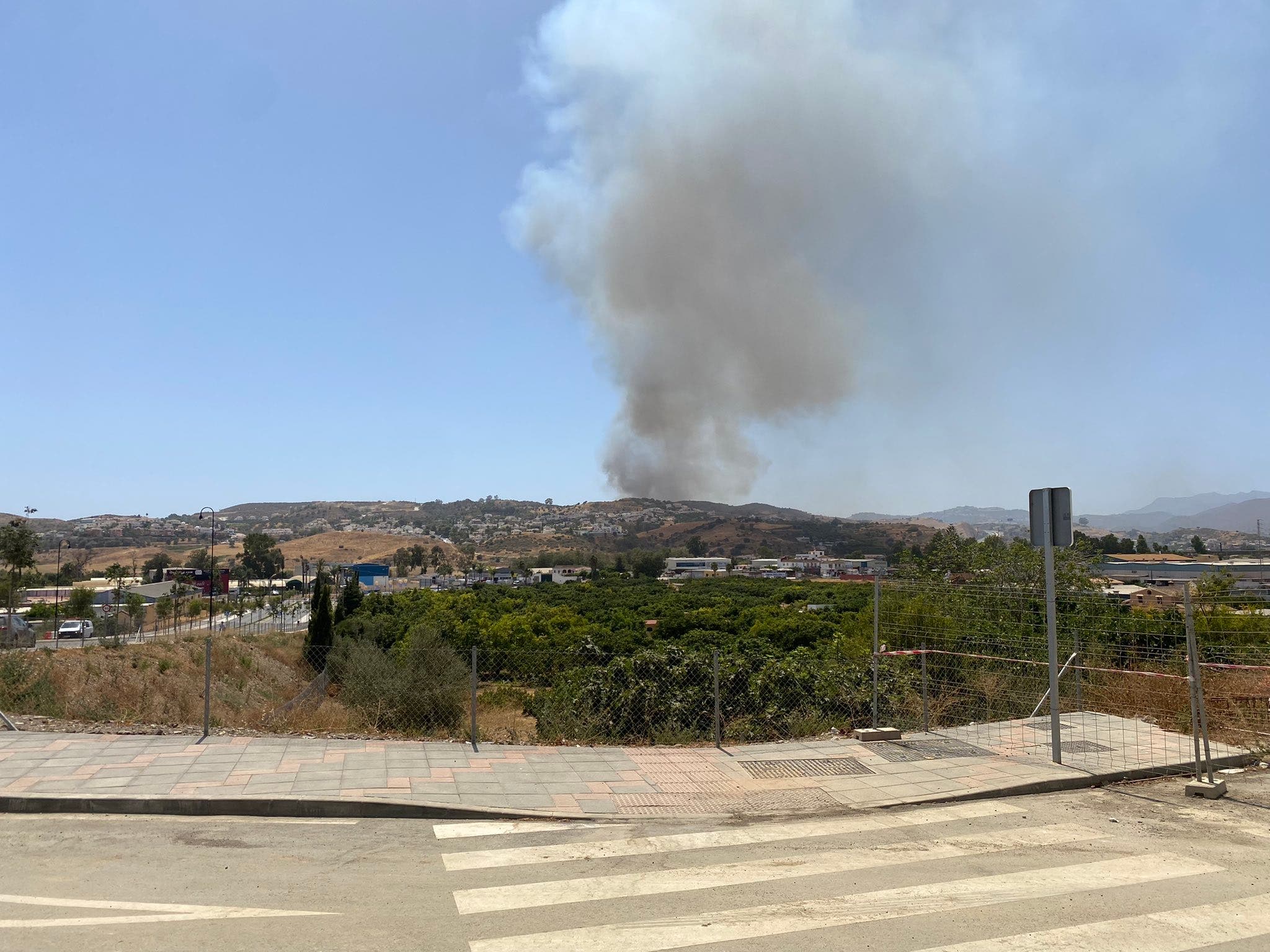 ANOTHER wildfire has broken out in Mijas on Tuesday (July 26) the third to have sparked near the Costa del Sol town within the last ten days.

Spain’s firefighting agency INFOCA confirmed the new fire in a post on Twitter shortly before 4.30 pm on Tuesday.

They have scrambled six watercarrying aircraft and a team of 32 firefighters to tackle the flames.

Another fire broke out on Sunday afternoon that was caused by a car that burst into flames on the AP-7 motorway at the 203 km marker just outside Mijas.

On July 15 a blaze that broke out in the Sierra de Mijas razed an estimated 1,870 hectares.

The fire caused 3,000 people to be evacuated from their houses in Alhaurin el Grande and Alhaurin de la Torre.