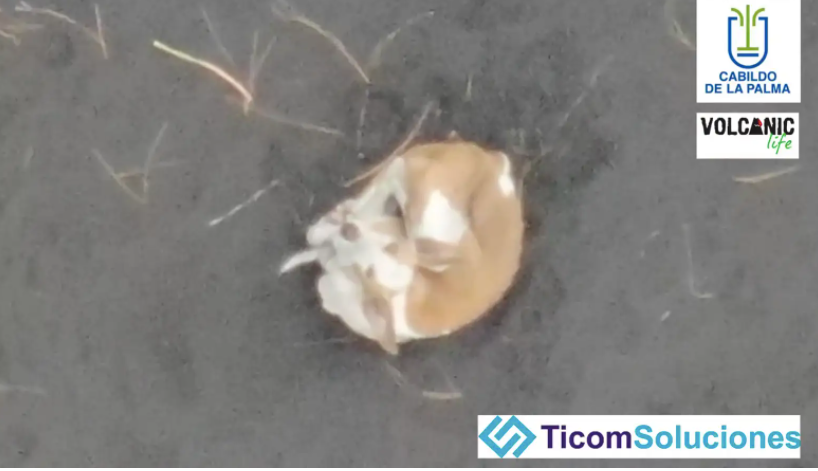 A DRONE is being used to help feed dogs left stranded by the volcano eruption on the Spanish island of La Palma.

As therivers of molten lava continued to gather speed and overspill from the vents in the Cumbre Vieja volcanic ridge, many animals have been trapped and unable to flee.

The local government of La Palma shared footage on Tuesday confirming that trapped pets were successfully being kept alive thanks to the help of drones.

In a statement, the Island Council of La Palma thanked the two local companies – Ticom Soluciones and Volcanic Life – for delivering food and water to the dogs for the past week.

The companies have pledged to continue delivering goods to the dogs so long as long as safety and meteorological conditions allow.

There have been nearly 7000 people evacuated and almost 1,400 buildings and homes destroyed since the eruption began on September 19.