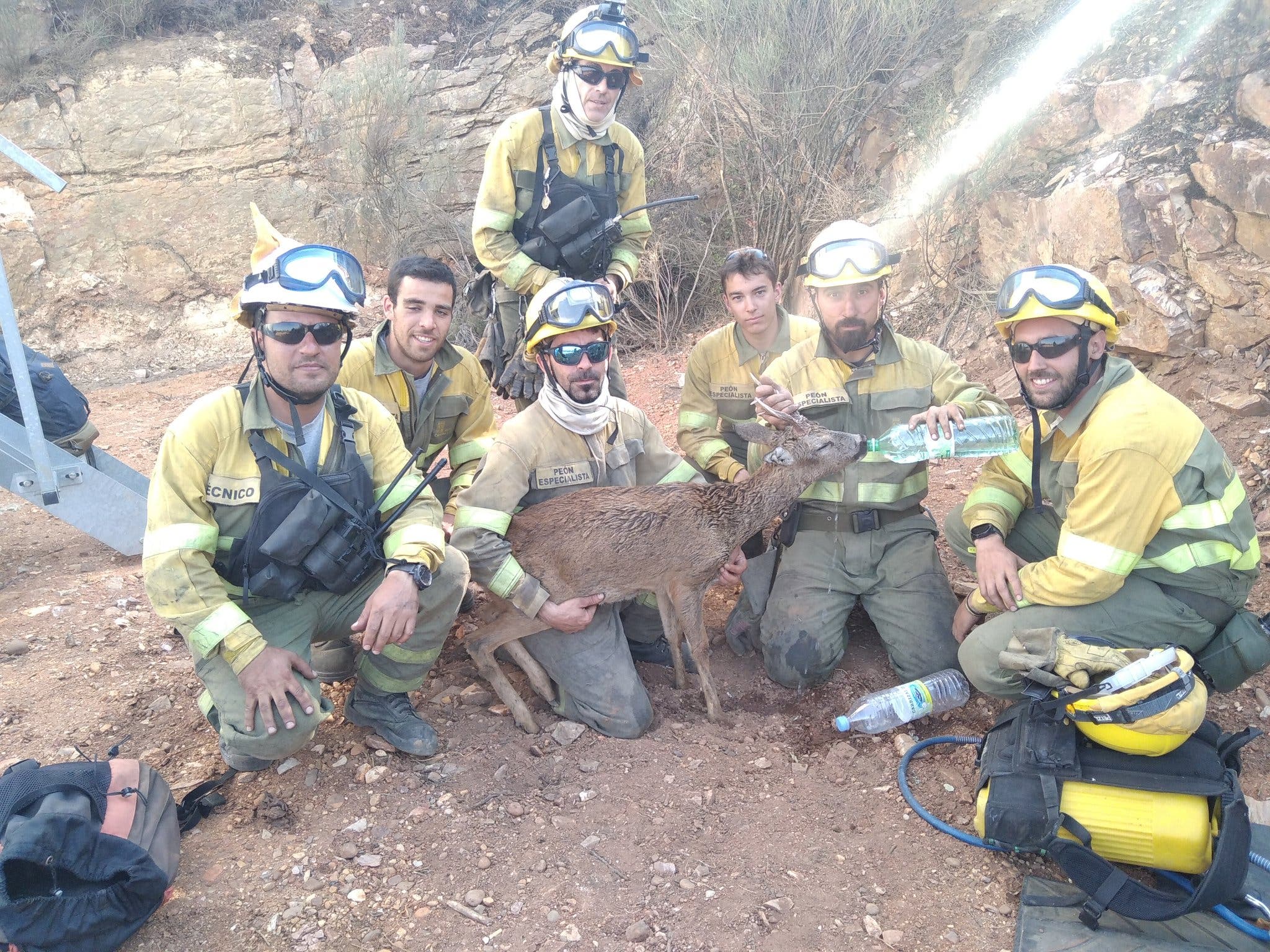 FIRES are devastating vast swathes of woodland across northern Spain in what authorities predict will be the worst year for at least a decade.

But even amid the gloom and destruction, there are heartwarming moments.

A video of forest firefighters giving water to a roe deer that they saved from a wildfire in Zamora province has gone viral on Twitter.

The firefighters explained that after giving the animal water, vets treated the roe deer ahead of it being released to safety.

The ONG Franz Weber estimated that 300,000 animals have died as a consequence of Zamora’s fire.

According to the ONG, each hectare provides habitat for approximately 10 animals and 35,000 hectares were burned in Zamora.