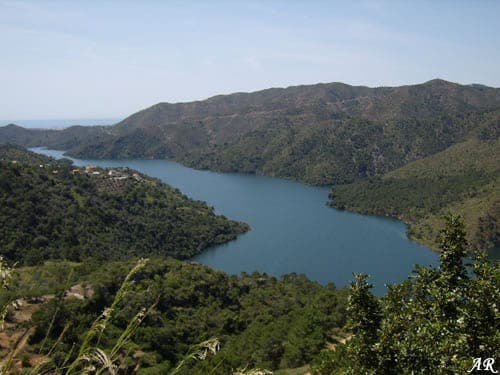 RECENT rainfall has helped Malaga’s seven freshwater reservoirs fill up to 37% of their capacity, according to water provider Hidrosur.

The storm that hit Spain in mid-December ended a long drought that had dwindled water supplies across Andalucia.

Hidrosur saw the seven reservoirs go from 209 hectometres to 226 in the space of just a week thanks to the intense downpour.

The Concepcion reservoir is the most full at 67% of capacity.

But others are still worryingly empty.

The most desperate reservoir, La Vinuela, is still only 11% full, up 3% thanks to the rainfall.

Overall, the rainfall helped the water supply of the province rise by 17 hectometres.

It also benefited the farmland of the area, with 120-200 litres of water per square metre helping to alleviate long-term problems, Francisco Diaz, president of the Malaga Provincial Association of Irrigators said.

“The crop situation was stressful and the rains have been an important help ,” Diaz said.

He added that the olive groves that were drying up in some areas have now ‘fully recovered’.

But while trees can go two or three months without water, other crops can only survive for two or three weeks.

Diaz said farmers are now hoping for more rain ‘in a matter of 20 days’ to avoid a situation like last year where crops were ‘practically dry’ because of the lack of winter rain.

“Very good water has fallen to alleviate the situation in the fields, but insufficient to continue advancing the aquifers,” the president of its irrigation community Jose Campos said.

Until more rains come, he said farmers will continue to use recycled and well water to irrigate crops.