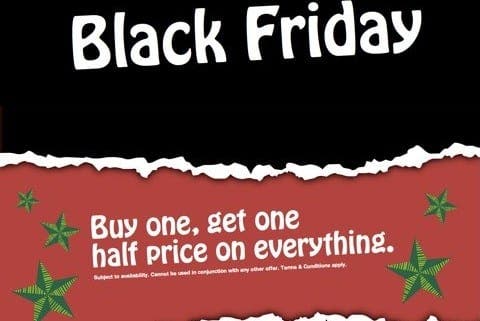 CHRISTMAS is just around the corner and many of us look forward to taking advantage of the great discounts in the famous Black Friday sales.

Despite its origin in the United States, Black Friday has become one of Spain’s biggest sales bonanzas on the calendar, with Christmas shoppers desperate to snap up coveted bargains.

When is Black Friday celebrated?

In the US, Black Friday is always the day after Thanksgiving, when turkey-crazed customers take advantage of the annual holiday to do some shopping ahead of Christmas.

Although Black Friday is officially celebrated on the last Friday in November, for several years now stores in Spain have begun to take advantage of the stampede of shoppers and extend their sales for several days or even a whole week.

This was particularly true last year, when we saw retailers begin their Black Friday sales much earlier than usual as a result of the COVID-19 pandemic. So keep your eyes peeled in the coming weeks!

Offers in stores and online

Massive discounts are often found on popular items including clothing, footwear, appliances and electronics as major deals drive millions of customers online and into stores.

According to stats the most popular products on Black Friday last year included sought-after items such as the Nintendo Switch, Dyson vacuum cleaners and laptops, phones and iPads from Apple. This year, just about every category of gadget should be involved in the Black Friday sales extravaganza.

What is Cyber Monday and when is it?

Cyber Monday was first coined back in 2005 by Ellen Davis and Scott Silverman of the US’ National Retail Federation and Shop.org and is largely considered an extension on the Black Friday sales.

The general premise was for it to be a secondary sale event following Black Friday for smaller retailers and this year it falls on 29 November. Make sure you pen this date in your diary too if you are looking for a bargain!

‘The shops are empty’ Expats react to Black Friday sales