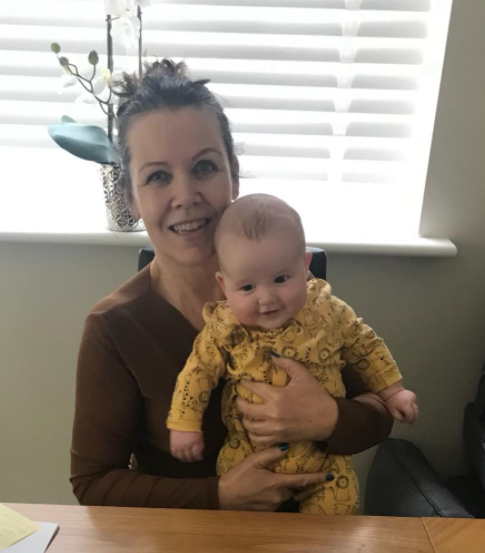 A FURIOUS expat gran was left in tatters after being turned away from an airport in the south of Spain and forced to sleep outside the bus stop in ‘freezing flooding’ conditions during a thunderstorm.

There was anger at Almeria Airport when Mary McIntaggart, who was set to fly home to the UK to visit her grandson, was refused entry into the airport overnight.

The 58-year-old, who lives in Aguilas, was told she could not stay in the lounge to wait for her early morning flight to Manchester as the airport shut at 11pm.

McIntaggart, originally from Ireland but now a resident in Spain, was instead ousted by airport staff and forced to stand ‘freezing and distraught’ outside at the bus stop during flash flooding and rainstorms.

There were tears of frustration when she was told she had to leave the airport and poor transport links left her with nowhere to go.

“I was completely shocked when staff told me the airport shut at 11pm. My flight was not until 10am the next day but they said I could sit at the bus stop across the road,” she told the Olive Press.

“There was flooding in Almeria that day. It was freezing and I was distraught.”

Left alone at the bus stop, McIntaggart said there was no way to get to a hotel as both taxis and bus links had stopped for the night.

Instead she made do with a large cardboard box to keep her dry off the ground during her torturous overnight sleep.

She said: “I was worried about getting sick before the flight. It was very cold and raining. I became very upset.”

The incident happened on Friday (October 22) but McIntaggart said the experience had put her and her family off flying from Almeria for good.

“I am really upset they think it is OK to put someone out in that weather to sit outside and also the paucity of provision for transport,” she said.  “I am still very shocked that it happened. Not a positive look for Almeria or Spanish tourism.”

Earlier that day the gran-of-one, who works as a support teacher in Aguilas, travelled to Almeria thanks to a car sharing service  but said without the BlaBlaCar app she would have struggled to reach the airport at all.

“I paid BlaBlaCar £8 to get from Aguilas to Almeria but a taxi would have cost me around €62. I’m disgusted at the poor standard of provision in this area.

“I don’t know how this impacts on their tourism but not everyone drives and this needs to be considered. There isn’t even a train.

“My family are quite outraged and shocked it happened and it has put my daughter off visiting me from Manchester  as she says there doesn’t seem to be an easy way to get to me, especially as she has a child.”

The Olive Press reached out to Almeria airport for a comment but received no response.