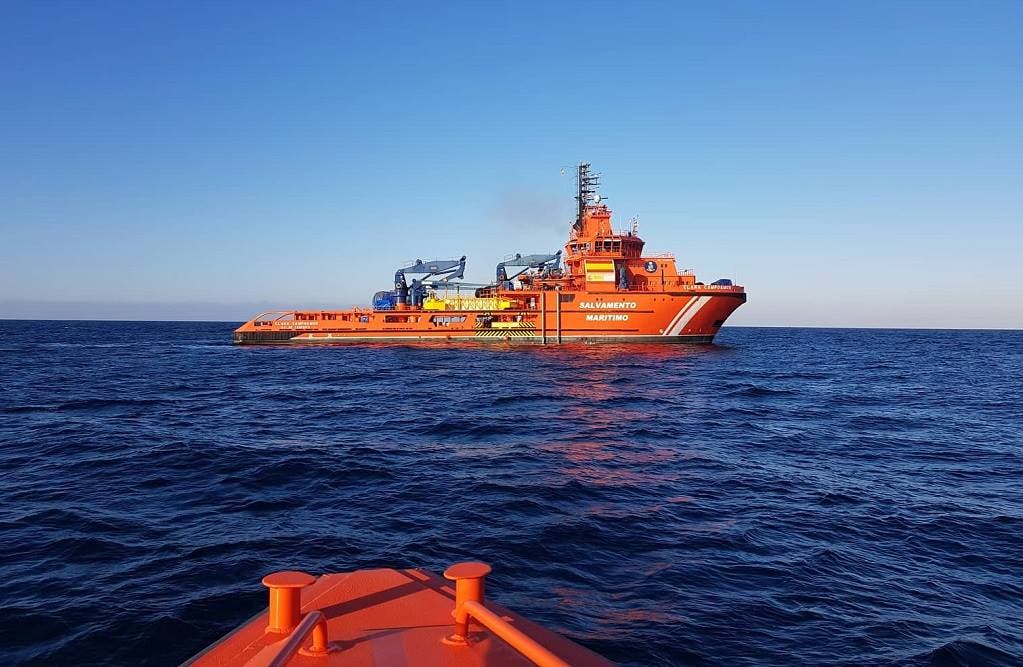 SPAIN’S Salvamento Maritimo(Maritime Rescue) is searching for ten migrants who disappeared from two dinghies off the Almeria coast.

The Salvamar Spica is spearheading the search along with a helicopter and a Guardia Civil patrol boat.

It’s been a busy few days for the vessel which was involved in a series of rescues since Friday,

That included saving nine people yesterday(Sunday) some 16 nautical miles off the coast in Nihar.

This Monday at 1.46 am, the Spica crew reported hearing shouting from people, 15 miles south-east of Cabo de Gata.

29 North African refugees were rescued from a partially-submerged dinghy.

The travellers told authorities that ten people were missing after a dinghy sunk.

A helicopter transferred three people to Almeria airport where they were then taken by ambulance to hospital.

The Guardia patrol vessel took 13 people to Almeria port, while the Salvamar Spica is continuing to search for more survivors.