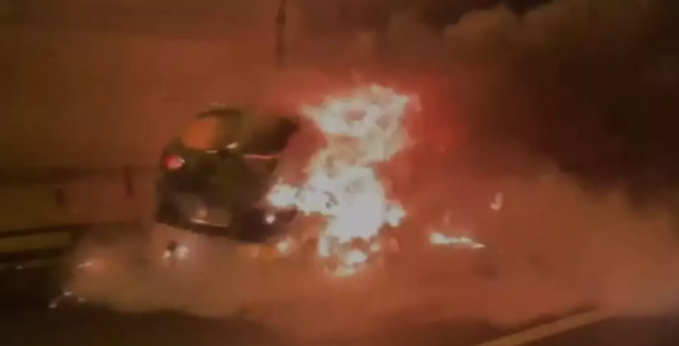 SCENES out of a Fast & Furious movie played out on the A7 in Malaga, when a fleeing driver crashed his car against a wall and fled from the scene on a scooter following a fast-paced police pursuit.

Investigators said the dramatic chase began around 3am on Saturday (January 1) and ended in horror when the vehicle collided with a wall on the Cerrado de Calderon tunnel.

The driver then made off from the scene after he managed to take a scooter from the trunk of the burning car.

He fled down the motorway and police are now attempting to hunt him down.

No injuries have been reported and no description of the driver has been released.

There are unconfirmed reports that the vehicle was stolen.