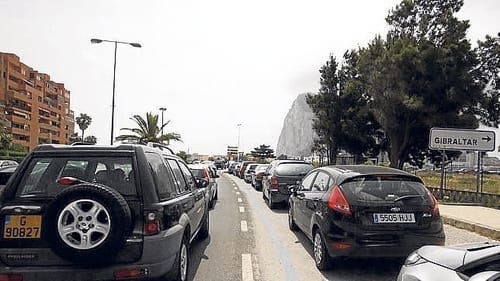 NEARLY 20 Gibraltar Government departments and agencies took part in a six-hour exercise to plan for the possibility of no EU treaty.

Although hopes looked high of a treaty at the end of November, Gibraltar wants to be ready for the worst case scenario if talks break down.

The 19 government departments simulated the No Negotiated Outcome (NNO) with Ministry of Defence and Foreign, Commonwealth and Development officials in the table-top exercise.

It follows the last round of talks held in London on Monday and Tuesday.

Exercise Director Ivor Lopez led a full briefing at the end of it to find out what will be the main issues in being totally outside the EU.

Deputy Chief Minister Joseph Garcia stressed that it is still possible that Gibraltar would be left outside the EU despite recent optimism.

He said that although close, the different parties had still not settled their differences.

For this reason, more meetings are planned for the following weeks to prepare for any situation.

“This will be a different world where our interactions with Spain and with the EU will be more cumbersome, bureaucratic and time-consuming than anything we have known before,” Garcia said.

“The Government will mitigate against the negative effects of no treaty in those areas where this is possible.

“There are some areas where it will be impossible to provide mitigation.

“In those areas, the NNO scenario will simply reflect what it means to be outside the European Union.”

If there was no deal, passports would be stamped at the frontier where there would be much tougher checks, hurting both Spanish and Gibraltar economies.