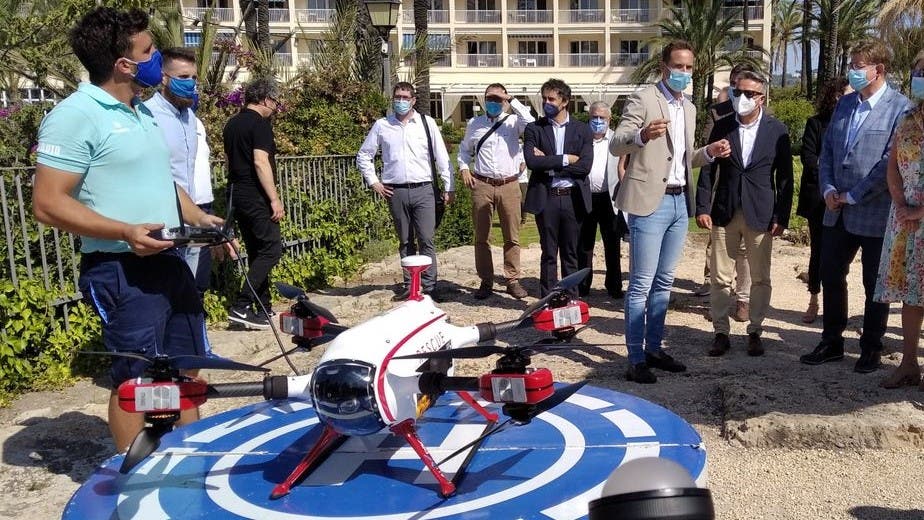 DRONES will fly over beaches in four Costa Blanca areas for the rest of the summer in a bid to cut down on deaths caused by drowning.

Benidorm, Denia, Guardamar, and Javea have been chosen to take part.

Puig launched a ‘Stop Drowning’ campaign in Javea and said that the drones will be used until the end of October.

The drones will be operated by beach safety teams and will fly out floats to bathers who get into difficulty.

They will be switched between local beaches depending on capacity and weather conditions.

“The drone initiative shows the determination of the government to use all kinds of innovations to maintain safety,” he added.

23 people have drowned in the Valencian Community this year up to July 31.