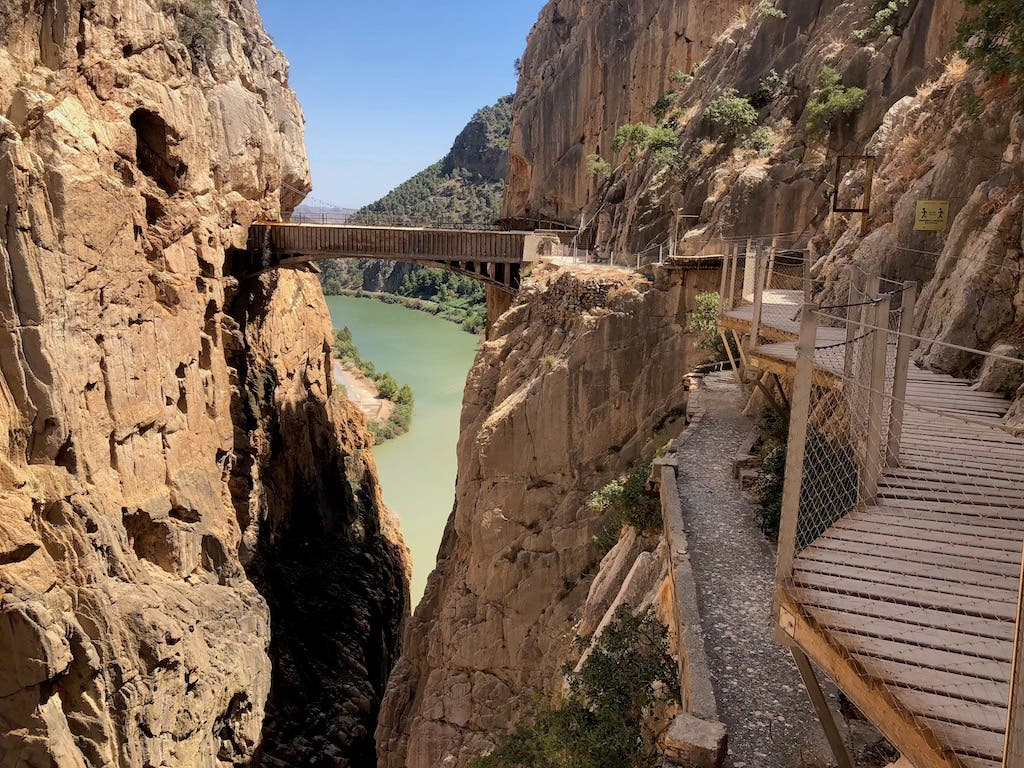 EL Caminito del Rey will remain closed today, Monday, for a second day running due to the sizzling temperatures in the province.

Due to the week-long heatwave sweeping across the Mediterranean and leaving unprecedented highs of 47.2C—recorded in the city of Montoro in Cordoba—the management team, of what was once considered the world’s most dangerous footpath, have decided to take precautionary measures and close the installations for 48 hours as announced on the Caminito del Rey’s twitter account.

Due to the high temperatures expected for tomorrow, Sunday 15th and Monday 16th, Caminito del Rey will be closed.”

“The relevant notifications are being made and the possibility of exchanging the tickets for another date or requesting a refund is being offered.”

According to the Caminito del Rey management team, those who had purchased entrance tickets for these days have been notified by text message with the aforementioned information and have been given up to four days to exchange the tickets for another date or request a refund.

For those wishing to return the entrance ticket, they must do so on the website or by emailing: info@caminitodelrey.info.

On Sunday red alerts for blistering heat were in place across most of Andalucia, specifically Huelva, Cordoba, Jaen, Granada and Sevilla.

Spain’s national weather agency AEMET predicts that the high temperatures will begin to subside as of today, Monday, and the heatwave is expected to be over by Tuesday.