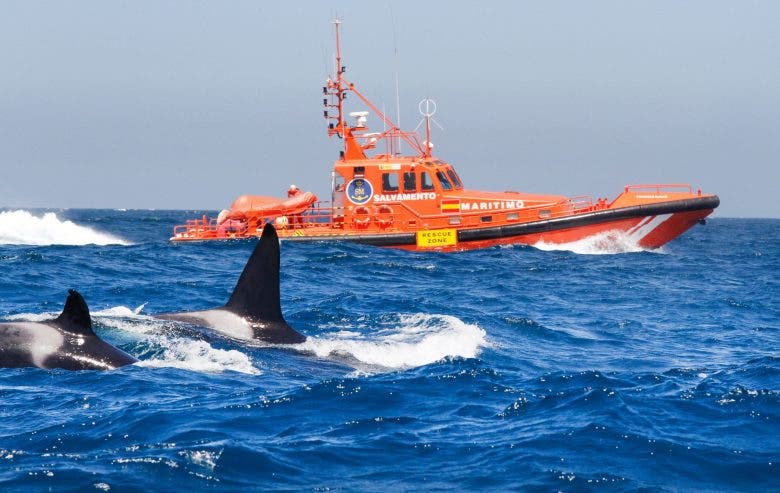 The first incident took place at 2.50pm, when the captain of the ‘Stella Maris’ vessel contacted the Maritime Rescue services asking for assistance to be towed back to the port as the rudder had been damaged following a run-in with orcas.

Shortly afterwards, at 3pm, the sailboat ‘El Tazar’ reported the same problem, although this vessel did not require towing back to shore.

A third incident took place on the same day, at 6:45pm. This vessel ‘Le Veteran’ also suffered rudder damage after it was rammed by a killer whale and also required assistance by Maritime Rescue services to be towed back to shore.

All three incidents took place between 1.5 miles and 2.5 miles off the coast of the municipality of Tarifa.

This is not the first brush between killer whales and yachts to have taken place along Spanish and Portuguese coasts, in fact last year there were several similar incidents reported in Galicia and more recently off the Strait of Gibraltar.

The incidents have baffled researchers, however it is believed that the animals approach out of curiosity, not animosity and that the behaviour of the whales is related to play.